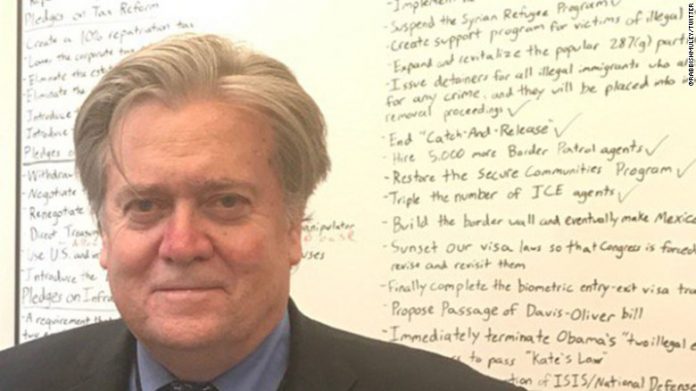 When he moved into the White House, Trump’s chief strategist removed the floor-to-ceiling bookshelves and sofa from his office and positioned his desk in the corner to make room for giant whiteboards that are lined up in four columns beneath the campaign theme: Make. America. Great. Again.

In the final hours of the first 100 days, the promises kept were marked with a red X, including abandoning a massive Pacific trade deal. The column without a single red X: Legislative accomplishments.

Now, thanks to some innocently tweeted photographs from Rabbi Shmuley Boteach, the Orthodox rabbi, author and TV personality, we can see the priorities that form Bannon’s to-do list.

Shmuley was making the rounds in Washington for Israel Independence Day this week and innocently posted photos of himself with notable Republicans. Read more at CNN.
{Matzav}