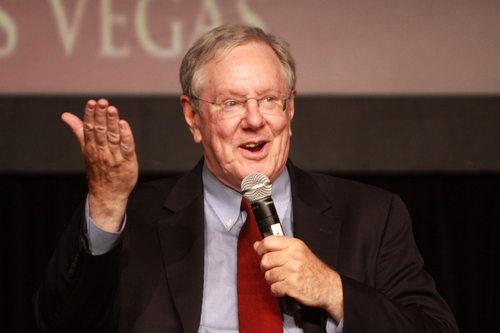 Forbes speculated union leaders would support Hillary Clinton, but “the rank and file, a big chunk of them are going to go their own way.”

He explained to show host John Catsimatidis, “Trump, even as he criticizes and throws out charges and all that kind of thing, he always ends up on an upbeat note about the USA. People want that, people want to hear that. They’re tired of all this gloom and doom, and ‘the U.S. is going in a trash heap.’”

BREITBART reports that the magazine publisher then spoke out against the tax plan of Sen. Marco Rubio, calling it “the worst tax plan” of the GOP field.