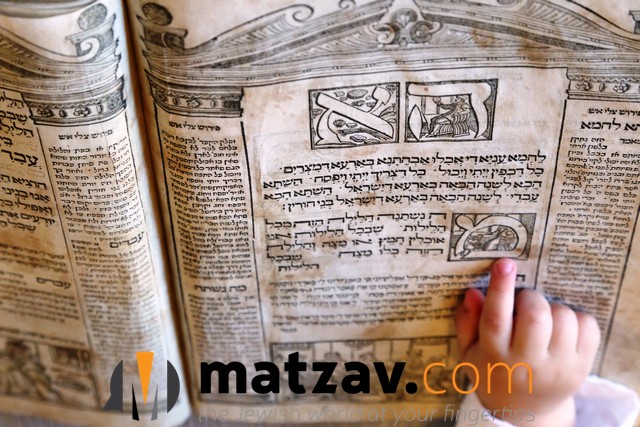 Three judges of the US Court of Appeals for the Fourth Circuit surprisingly rejected the appeal of Susan Abeles — a Washington, DC Orthodox Jew, who was punished by the Metropolitan Washington Airports Authority (MWAA) — because she took off work for the last two days of Pesach in 2013.

Abeles’ closely watched case was the subject of friendly amicus briefs by the National Jewish Commission on Law and Public Affairs (COLPA), the Becket Fund for Religious Liberty and the American Jewish Committee. Ms. Abeles’ lawyer is Nathan Lewin, the well-known advocate for Jewish religious rights.

For each of the 26 years that Abeles worked at the MWAA, she took off for all Jewish holidays on which work is prohibited, including the last two days of Passover. Everyone at her job knew that she was an Orthodox Jew. She consistently gave her supervisors a list of the dates of Jewish holidays at the beginning of each calendar year, and her supervisors accepted that list as a request for annual leave on the specified holidays.

In 2012, new supervisors appeared. Ms. Abeles provided them with a list of the Jewish holidays on which she would be absent and also, at their request, specified the holidays in their Outlook calendars. On the Friday before the last two days of Passover in 2013 (which fell on Monday and Tuesday) she was unable to speak with her immediate supervisor because that person was out on annual leave. So, Abeles sent an email reminding the next supervisor in the chain of command. That supervisor replied with an email that affirmatively said, “Thanks.”

But when Abeles returned to work, she was slapped with an unexpected five-day suspension for missing those two days. Abeles sued. The case was transferred to a Virginia federal court on the Airports Authority’s motion.

In a 16-page decision written by Judge Allyson Duncan, the court declared, “We conclude that MWAA did not discriminate against Plaintiff on the basis of her religion in violation of Title VII.” The Airports Authority argued that Ms. Abeles had failed to follow a formal “Leave Policy” procedure under which her immediate supervisor had to explicitly approve her leave in advance. That “Leave Policy” had not been invoked during her previous 26 years’ employment.

The Airports Authority also said that it was exempt from the Religious Freedom Restoration Act, because it was technically a “regional authority,” not a Federal agency. Attorneys for the Airports Authority defended the suspension on the asserted ground that Abeles was an “insubordinate” and “mediocre” employee, notwithstanding the record of awards and high performance ratings she received during her tenure.

During oral arguments late last year, an exasperated Lewin, appearing on Ms. Abeles’ behalf, abruptly declared: “Your Honor, I’m an Orthodox Jew. When I’ve worked for people, I’ve given them a list of what the Jewish holidays are at the beginning of the year. And they know that means I’m going to be out for those days. This is a phony response by [the agency] saying, ‘We didn’t know why you would be out.’ Of course, they knew why she was out. Everybody in the whole company knew that she was a Sabbath observer and for 26 years had been absent on Jewish holidays.”

He added, “To penalize her even though she has listed them and has notified her supervisors on the day before she was gone — we submit that’s outrageous.” In his argument to the court, Lewin also called the Airport Authority’s punishment an “ambush” of Ms. Abeles.

Eric Rassbach, deputy general counsel of the Becket Fund, quipped, “It takes some chutzpah for the government to punish a Jewish woman for celebrating Passover. It takes even more chutzpah to say that they are the only government agency in DC exempt from our civil rights laws.”

In a highly unusual move, the court delivered its denial in a so-called “unpublished decision,” which cannot be cited as precedent in any future cases in that circuit. When the ruling was handed down on January 26, 2017 as “unpublished,” legal experts opined that the unusual status “reduced the likelihood that it would be noticed or criticized by lawyers.” A copy of the unpublished decision was obtained by this writer. When asked, Lewin stated that he knew of no other Federal appellate “unpublished” ruling that was so lengthy and detailed.

A clearly shocked Lewin promised to file a petition requesting review by the entire roster of active judges of the Court of Appeals for the Fourth Circuit and, if necessary, seek review by the Supreme Court of the United States. Lewin’s father-daughter team has been before the Supreme Court 28 times, including for the famous “Jerusalem Passport” case. The undaunted litigator promised, “This decision will not stand.”

Edwin Black is the New York Times bestselling author of IBM and the Holocaust, Financing the Flames and The Farhud. He can be found at www.edwinblack.com.