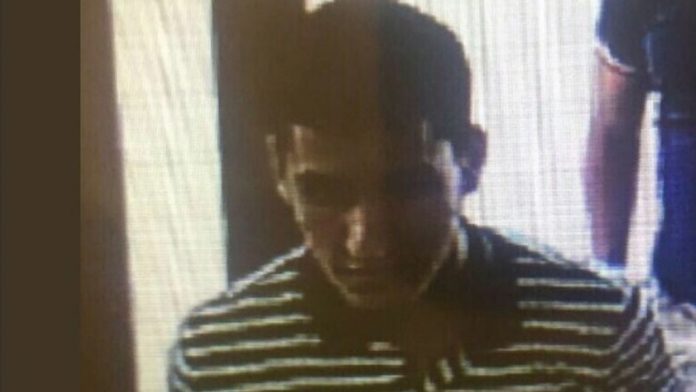 Spanish police said they shot and killed a man wearing what appeared to be a suicide bomb vest in a town an hour’s drive west of Barcelona.

The identity of the man was not announced by police. Bomb squad officers deployed a robot to get near the prone body, according to Spanish media.

Authorities are searching for Younes Abouyaaquob, 22, who is suspected of driving a rented van through a central tourist zone in Barcelona on Thursday. The Moroccan-born Abouyaaquob has been the subject of a massive manhunt.

Spanish authorities said Monday the death toll from last week’s vehicle attacks has risen to 15, adding that it was possible Abouyaaquob had fled the country.

Catalan Justice Minister Carles Mundo identified the latest victim as a man, Pau Perez, who was found stabbed in his Ford Focus several miles from the scene of the van attack.

Police said that Abouyaaquob had stabbed Perez to death when he stole his car to use as a getaway vehicle after the van attack. He dumped Perez into the back seat and drove away.

Abouyaaquob then rammed through the barricades at a police checkpoint as officers fired on the car, authorities said. That vehicle was found abandoned a few miles away with Perez’s body still in the back seat.

Josep Lluís Trapero, chief of the Catalan National Police, also told reporters that authorities found DNA remains of at least two people killed in an explosion the day before the attacks.

Trapero said it was likely that one of the bodies found at the explosion site was Abdelbaki Essati, a Muslim cleric who is suspected of radicalizing young men in the mountain town of Ripoll and organizing the terror cell.

Essati, a Moroccan national who lived in Ripoll for last two years, served as imam in a local mosque, where he taught the Koran and the Arabic language.

Police said Monday that he was a convicted drug trafficker who had served time in the Castellon prison outside Valencia in 2010 to 2014.

Trapero said the police had no earlier evidence of Essati’s ties to terrorist groups, but indicated that Essati had traveled around Europe.

While serving his sentence in prison, Spanish media reported that Essati may have met Rachid Aglif, known as “The Rabbit,” one of the main plotters of the 2004 Madrid bomb attacks that killed 192 people and wounded 2,000.

Ali Yassine, the director of the mosque in Ripoll, said that Essati was paid about $1,000 a month to serve as imam. Local benefactors paid his rent and helped with groceries.

Yassine told The Washington Post that he had given Essati’s name to local police more than a year ago as part of standard security protocol to keep a closer eye on Muslim preachers. But authorities did not flag Essati on a watch list even though he had a conviction for trafficking drugs.

Authorities found 120 propane canisters at the blast site in Alcanar, about a two-hour drive south of Barcelona, alongside explosive material that has been employed in bombs.

Police believe the material and propane tanks were to be used in the attacks on Barcelona’s crowded Las Ramblas promenade or a seaside town south of the city.

At the bomb house, police also said they had found remote-controlled detonators.