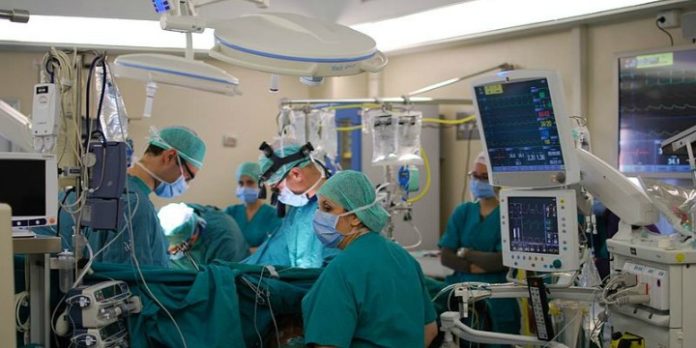 Israeli doctors at a Jerusalem hospital have saved a one-and-a-half-year-old Syrian toddler with a heart defect whose parents fled with him from the carnage of their country’s civil war.

The child’s mother — identified only as L. — told Israeli news website Mako on Saturday that she and her husband knew their son was ill very early.

“He looked small for his age and very thin,” she said. “I felt something was wrong. He seemed to be in pain all the time, crying, uneasy, especially when he was asleep.”

A doctor later told her that her son was suffering from a serious congenital heart problem. He was hospitalized eight times in Syria and regularly medicated. L. later went to Jordan with her husband, but doctors there told her there was no surgical option.

Through the organization Shevet Achim, which brings children with congenital heart defects to advanced medical centers in Israel, L. was able to place her child at Hadassah Ein Kerem hospital in Jerusalem, where doctors became convinced that he could be saved.

Doctor Uri Pollak, director of Pediatric Cardiac Critical Care at Hadassah Ein Kerem, said, “The first step was to understand what we were really dealing with.”

The team found that the diagnoses L. received in Jordan was inaccurate, and surgery was possible. The operation proved a success and the boy was quickly able to breathe on his own. He is now recovering in an intensive care unit and can smile, play, and eat.

“When I heard that I would have to go alone with my son to Israel, I was very scared,” L. commented. “We always hear bad things about Israel. But to save him, I thought it was worth taking the risk.”

“Today I can say there is no risk,” she added. “They treated us and took care of us, thank God. I see my son now and I’m happy — the doctors saved him, and I say from my heart, thank you everyone.”