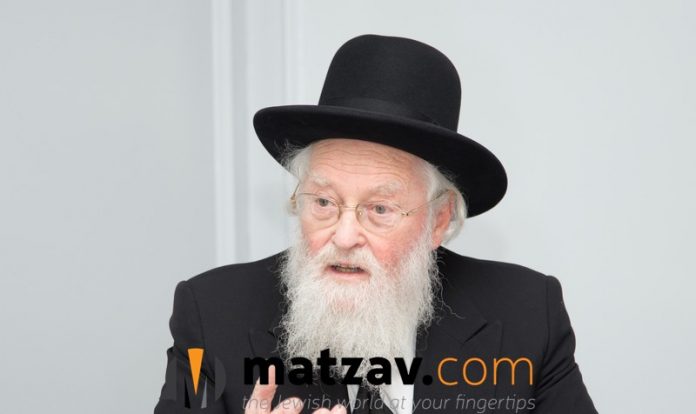 All are asked to daven for Rav Zvi Dov Slanger, who is in need of rachamei Shomayim.

Born in Budapest, Hungary, Rav Slanger escaped Nazi occupation on the Kasztner Train, only to end up in Bergen-Belsen concentration camp. After five extremely difficult months, his group was finally released from Bergen-Belsen and allowed into Switzerland on 21 Kislev, 5705.

Journeying from Switzerland, Rav Slanger spent twenty years in Eretz Yisroel, where he learned from the gedolim of the generation. He became close to Maran Rav Elazar Menache Man Shach zt”l, among others.

After arriving in the United States in 1965, Rav Slanger was involved in chinuch first in Philadelphia and New York, and then for 26 years at Yeshivas Ner Yisroel.

About twenty years ago, Rav Slanger founded Bais HaMedrash and Mesivta of Baltimore, which he continues to lead.

Rav Slanger is in critical condition. Rav Slanger was hospitalized over Shabbos. He had an emergency stent put in and is still being held in the ICU.

All are asked to daven for Zvi Dov ben Bassheva and say Tehillim for his refuah.