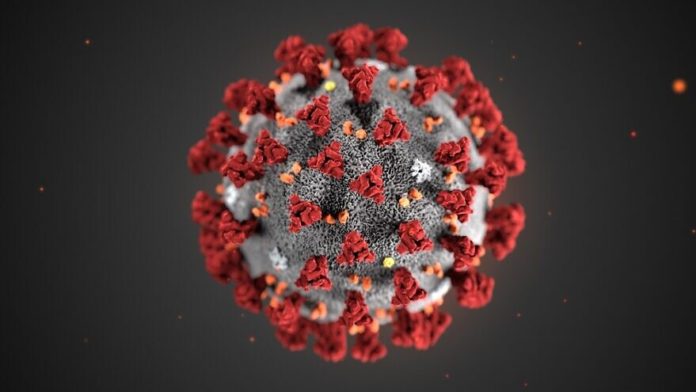 There are so many unknowns about the novel coronavirus that has triggered unprecedented quarantine efforts, dangerous conspiracy theories and global alarm. Much of what we know about coronaviruses comes from the ones that we’ve dealt with before – ranging from deadly global health threats such as severe acute respiratory syndrome (SARS) to versions that cause the common cold. New information is coming in on a daily basis, but here’s what we know so far about the respiratory virus that has, as of Feb. 7, infected more than 31,000 people and killed at least 630 people.

How deadly is the new coronavirus?

The good news is that public health officials say the new coronavirus is less deadly than SARS, which killed about 10 percent of people who were infected during the outbreak that began in 2002. But an urgent question needs to be answered as soon as possible: How much less deadly is it? About 2 percent of the reported cases have been fatal, but many experts say the death rate could be lower. That’s because early in an outbreak, mild illnesses may not be reported. If only people with severe illness – who are more likely to die – seek care and are confirmed as being sick, the virus will appear much more deadly than it really is, because of all the uncounted people with milder symptoms.

“The first question is: What is the true burden of infection? We don’t understand the true burden of mild illness,” said Amesh Adalja, an infectious-disease expert at the Johns Hopkins Center for Health Security. “How much is this spreading in the community, unbeknown to everybody, mixed in with flu and cold?”

Early in the outbreak, one expert estimated that although 2,000 cases had been reported, 100,000 were probably already sick.

Understanding how deadly the disease is and how many people really have it matters crucially to developing a public health response and preparing hospitals and the health-care system around the world.

How easily does it spread?

The bad news is that the new coronavirus appears to spread much more easily than SARS and instead is similar to other coronaviruses that cause cold-like symptoms, Adalja said.

A virus that can spread fairly easily – and may already be fairly widespread – presents a huge public health challenge.

“To complicate things even more, we don’t know which individuals are likely to spread the virus,” said Peter Hotez, dean of the National School of Tropical Medicine at Baylor College of Medicine. “Is it those with more serious respiratory infections or coughing, or are those who have mild symptoms equally likely to be spreading it? I think we don’t know that at this point.”

A case report that showed the illness could spread before symptoms occurred turned out to be incorrect, although a top U.S. official has said he still believes it can spread without symptoms, based on discussions with Chinese experts. Figuring out exactly how easily it spreads and who is infectious will be necessary for designing public health measures that are more likely to work.

“In SARS, which is often cited as the other example, it seemed people were quite sick before they started transmitting, and that’s why, in my view, SARS was ultimately controlled,” said Marc Lipsitch, an epidemiologist at the Harvard T.H. Chan School of Public Health. “You really could isolate the discernibly sick people.”

Who is most at risk of severe illness?

So far, the risk factors for developing severe illness are thought to be similar to those for other respiratory illnesses. Older people and those with underlying illnesses, such as diabetes or high blood pressure, are at increased risk. Early studies have also suggested men are at greater risk.

But there can be tremendous individual variation in how people respond – as with other diseases. For example, most 17-year-olds will get better from the flu after a miserable week or two. But occasionally, a healthy 17-year-old will die. Some people with a strep infection will develop a sore throat, but an unlucky few will develop a flesh-eating infection that can kill them. The same thing will happen with this virus – there will be people with known risk factors who recover, as well as people who develop severe cases for reasons we don’t understand.

“It may be a very specific thing about the way your immune system interacts with a particular pathogen,” said Allison McGeer, an infectious-disease epidemiologist at the University of Toronto. “It may also be just about exactly what your exposure is, something specific to what happened to you on that day, with that pathogen.”

Figuring out who is most vulnerable will be essential to designing preventive measures, such as prioritizing who gets a vaccine if one is developed.

An optimistic scenario is that the virus is contained in China and there isn’t any significant person-to-person transmission in other countries. This is looking increasingly unlikely to some experts.

“Many of the drastic actions in China – going door-to-door [doing temperature checks], quarantine of 50 million people, draconian measures that seem to be out of a Hollywood movie – they are premised on the fact that this is still containable,” Adalja said. “The evidence points to the fact that it is not containable.”

If the virus takes hold outside China, the biggest threat is not thought to be to countries such as the United States or others with well-resourced health-care systems.

“The numbers will go up in the U.K., U.S., Western Europe, but there seems to be enough warning in advance to potentially halt this epidemic in the U.S. and in Europe. Numbers will go up, but it shouldn’t look anything near like what we’re seeing in China,” Hotez said. “I can’t guarantee that, but the countries I’m more worried about are where there’s a lot of transportation back and forth with China and depleted health systems.”

How do you treat this coronavirus illness?

There is no specific antiviral treatment recommended for this infection. People who have gotten sick should receive supportive care to help relieve symptoms.

How do you protect yourself from getting infected?

There is currently no vaccine to prevent infection. The best way to protect yourself is to use the same common-sense actions experts recommend for preventing the spread of other respiratory viruses, such as flu and cold. Stay away from people who are sick. Wash your hands often with soap and water for at least 20 seconds, especially after going to the bathroom, before eating and after blowing your nose, coughing or sneezing.

If you don’t have access to soap and water, use an alcohol-based hand sanitizer with at least 60 percent alcohol. Avoid touching your eyes, nose and mouth with unwashed hands.

Stay home when you are sick. Cover your cough or sneeze with a tissue and throw the tissue in the trash. Or sneeze like a vampire, into your elbow rather than your hand.

When will it end?

This coronavirus could follow a seasonal pattern, peaking in the winter months. It could infect lots of people now and then begin to recede in the Northern Hemisphere before returning in the fall. It could take hold in the Southern Hemisphere.

“This virus can do anything it wants,” McGeer said. “That pattern of how it’s going to spread is completely unknown, but it is critical to what the burden is going to be to all of us. . . . It could be just like another coronavirus, a bunch of colds. It could be like a regular flu season. It’s possible it could be different and worse.”