Across the country and around the world, Lakewood, NJ, is referred to as the “Ihr HaTorah” out of respect for the many thousands who reside here, learning, breathing and living Torah every day. We not only learn Torah on a grand scale, we scrupulously follow its precepts.

There are always exceptions, and we have become used to the scorn and ridicule heaped upon us when someone who happens to live here is exposed as a fraud. Then there is what the media refers to as our “insular lifestyle,” which draws contempt. Others view us as interlopers, whose patriotism they wrongfully question. The many burgeoning private educational institutions are also often pointed to by haters, who fear that we will take over their towns and force them into exile. There seems to be no bar beneath which they will not climb in order to push us into the gutter, and writers and bloggers never run out of topics worthy of analysis – and of course criticism.

One topic that the negative nabobs always avoided was the charitable nature of the community and the many selfless acts of chesed regularly conducted for neighbors and strangers alike.

A new vista has been opened.

Mark Oppenheimer, Beliefs columnist for the New York Times, who also holds the Corcoran Visiting Chair in Christian-Jewish relations at Boston College, visited Lakewood recently. A report on his visit was published in Sunday’s Times Magazine under the title, “Beggarville,” which ought to give a hint as to the type of article it is. Another hint is its popularity. It was the 11th most emailed Times article of the day on Sunday. Another is the front page reference to the article: “Bruder, Can You Spare a Dime? P. 40.”

For some reason, the article has a funny feel to it. It seemingly highlights the openhandedness and munificence of the Lakewood Orthodox community, but the writer seems to have trouble letting more than a few paragraphs pass without some sort of jab or judgment about the community. To us, it is condescending, to say the least.

Some people are happy with the article. “Wow, the New York Times wrote about Lakewood.” It’s a big simcha to be noticed. In truth, whether the writer intended it or not, between the lines of the adjective- and euphemism-filled report lies the altruism of the Lakewood community, whose members open their pockets to dozens from across the world, who descend upon the town, counting on the generosity of their fellow Jews, many of whom are themselves struggling financially.

It’s interesting that we never look at these people as beggars. We call them “collectors” or “meshulochim.” Begging has such an awful connotation. When a person knocks on our door, he is not a beggar. He is a fellow Yid in trouble. We care about him and his matzav, even if there is little we can do about it. We sympathize, we give him a few dollars, and we offer a drink. Not only in Lakewood, but wherever Torah Jews live around the world, that’s just how we act. That’s how we were brought up. It’s how we feel. It is a mark of pride.

Is it this person’s fault that he was born a Sephardi, barely tolerated by the Ashkenazi elites since the founding of the State, and left penniless, reduced to asking for a handout? How about the rosh kollel who knocks on doors to be able to pay yungeleit? Is he doing something wrong that he should be ashamed of? What about the nice poor people who have lost their safety nets thanks to our loving friends currently running the government of Israel? What should they do, starve to death?

Having gone around with some of these people, I know what it’s like to knock on a door. I know the feeling of degradation. I know the hesitation at each house. I know the embarrassment.

I wonder if the Belief writer ever had that experience. I know what it means when someone tells you that they care, and then they smile and treat the “beggar” like the human being he is. I resent and am personally affronted by the snide remarks of a professional religion expert describing the changeover of a “WASPy summer village” to something out of the Yiddish Theater.

“The yeshiva students may not give much,” Oppenheimer reports, “but nearly all of them give – and there are so many of them. Between 1990 and 2010, Lakewood’s population doubled to about 92,000 residents, largely because of the growth of its ultra-Orthodox Jewish community.”

Some of Oppenheimer’s observations in his report seem to betray a bias. Listen to this one: “[Lakewood is] now at least half Jewish, and the newcomers here have created an economy centered on the things they need that almost no one else does.”

Painting us as simpletons, he describes how locals work in “kosher restaurants and markets, religious elementary and secondary schools and haberdashery and dressmaking shops.”

To be fair, he makes mention of the “Orthodox bankers, mortgage brokers and insurance salesmen [who] serve a community that knows nothing of the real estate bust.” I still can’t figure out if that is a good thing or a bad thing. If it is true that the town is “in many ways [ ] a pre-World War II European village, right down to the Yiddish and, to an extent, the clothes… full of broke students…,” how can it be that they know nothing of a real estate bust? And if there are enough “bankers, mortgage brokers and insurance salesmen” to maintain the rising real estate values, then apparently the Potemkin village is not as bad off as it would seem and there is more than the one rich man the article describes.

One wonders how this economy is “centered on the things they need that almost no one else does.” Perhaps this is the obligatory depiction of Orthodox Jews as different, blinkered and inward-looking. Who knows?

Perhaps the good writer wants to come with us on a walk down Clifton Avenue to meet the nice, good, charming people at R&S Restaurant, at Gelbstein’s Bakery, and at Feldman’s Grocery. He can then savor their wares and see if there is anything different about the proprietors and employees, who are the salt of the earth, just like the good people at The Suite Shop, Bagel Nosh, Schreiber’s Shoes, Torah Treasures and Town Appliance down the street. I think he would actually be genuinely surprised if we took him around town to see what it’s really like in Lakewood at cutting edge places such as Astor Chocolate, Oorah, Card Cash, and so many dozens of others that it is silly for us to even mention these. The Visiting Chair would probably be genuinely surprised and enlightened.

But back to the article and its examination of “this separate and booming religious economy.” The problem, writes Oppenheimer, is that it “comes with a rider: itinerant beggars like Ehrlich. Hundreds every year.”

He says: “It’s not that Lakewood residents enjoy having their doorbells rung two, three or four times a day to hear a hard-luck story. But while other towns may criminalize beggars or tell them to move along, Lakewood has an obligation to fulfill – Jews are literally family, according to the Torah. So the town came up with a modern solution to an ancient problem: paperwork. Beggars are registered and licensed in Lakewood, as a means of preserving trust in this community that aspires to be a village but is outgrowing that label.”

The report explains that there is an organization called Tomchei Tzedakah from which collectors may receive an ishur, a permit, describing their charity needs. The organization issues between 950 and 1,100 ishurs a year.

The majority of collectors “are from Israel, but they are from all over,” a Tomchei Tzedakah volunteer told Oppenheimer. “Russian immigrants living in New York City, people with health problems from upstate New York. There’s a guy who came to me recently from Wisconsin. I think he lost his job, and he couldn’t afford basic necessities. We’ve seen people from the West Coast, from Chicago, Baltimore.”

Despite its tone, the article reveals the beauty of the community, describing how  Aryeh Leib Greenspan, a 30-year-old yungerman, recently hosted an Israeli sofer whose career had been ruined by a hand injury. On his latest trip, he stayed for two weeks, and every night a different Lakewood resident escorted him to knock on doors. These men, R’ Aryeh Leib told Oppenheimer, “give up their supper, their family time,” to help the sofer raise money.

Aryeh Leib said that when he lived near the yeshiva, before he moved, the knocks were constant. “Four or five times a day,” he said. Oppenheimer asked how much he gave. “One dollar, two dollars. People who I can’t give to, I offer them a cup of water or juice. If it’s a Friday afternoon, I give them a piece of kugel.”

Oppenheimer’s report goes on to state that “door-to-door begging is generally for out-of-towners,” while “the local poor are supported by local charities, dozens of them. Many are gemachs: a Hebrew acronym for acts of loving kindness, but colloquially a place for free stuff.”

He shares that there “are separate gemachs for coffee urns, for dehumidifiers, for dinette sets, for boys’ clothes, for bridal gowns – anything you could want. Then there are the more traditional social-service agencies: One helps people with medical-insurance premiums, another puts up families visiting a hospitalized relative, etc. The specialization of the gemachs and other services is so thorough that no one ever feels as if he’s begging.”

In truth, it’s not only about gemachs and dehumidifiers. It’s about a full-fledged community, of rich and poor and everyone in between, working hard at what they do and sharing what they have with others. It’s the parlor meetings and the dinners, the carnivals and Lose-4-Autism type events, and the millions of dollars raised for every conceivable good cause.

It is a town blessed with many successful people, who take great pride in what they do, and do not necessarily all speak with “a trace of Yiddish singsong,” though you can be forgiven for thinking so after reading the Times article.

It’s about a town with world-class experts in virtually every segment of Torah, from Tanach to Gemara and halachah, and every nuance of the rich Jewish religious literature, customs and history, as well as medicine, investing, real estate, nursing homes, insurance, construction, catering, and, yes, haberdashery.

Lakewood is many things to many people, but, sorry, it is not a Hollywood set for Fiddler on the Roof.

Overall, the article falls short because, essentially, the collecting phenomenon is not about begging. It is about giving. It’s not about the takers, but about the bond that connects co-religionists.

It’s not about nomadic souls wandering darkened streets, going from house to house like vagabonds, but about caring families opening their doors and hearts to people they don’t know and may never see again. It is about people who work late and rise early, yet take the time to be kind to strangers, practicing the Torah’s precepts. It is unconditional chesed, with no ulterior motive, agenda or accolades.

It is a beautiful kiddush Hashem that, for some reason, outsiders cannot fathom or articulate.

Mr. Oppenheimer, we invite you back to Lakewood so that we can show you what really goes on here. You can then write a new piece, not titled “Beggarville” or “The Beggars of Lakewood,” but, more appropriately, “Giverville, The Givers of Lakewood.”

Dinner in Estreia on River Avenue in Lakewood?

Who would turn that down? 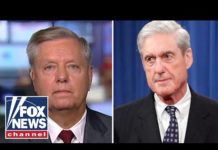