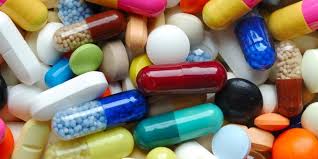 Q. Many medications are encased in gelatin capsules. May these be used?

A. Rav Belsky zt”l would differentiate between two types of gelatin capsules:

Regarding medicines that are encased in hard gelatin capsules (such as capsules that are commonly used for antibiotics), Rav Belsky said that theminhag is to permit them for a choleh (one who is ill). This is based on the concept that a choleh is permitted to consume non-kosher medicines, provided that one does so shelo kiderech achiloso – in an uncommon manner of consumption. Since it is uncommon to eat dried-out, plastic-like gelatin capsules, one who is ill is permitted to swallow them. It should be noted that this leniency applies only if a kosher alternative is not available. Thus, as an example, one should not swallow Tylenol capsules since Tylenol tablets are readily available.

However, Rav Belsky felt that soft gelatin capsules, which are often used for vitamins, fish oils and some over the counter medications, should not be used. Because the gelatin is soft and pliable, Rav Belsky was concerned that swallowing gelatin in this form might not be considered an uncommon manner. Additionally, these soft capsules are often made from pigskin gelatin and are kept soft and pliable with large amounts of glycerin. If one has no other alternative, Rav Belsky recommended wrapping the capsule in tissue paper, which is an unusual manner of consumption.

This column comes from OU Kosher’s Halacha Yomis dedicated in memory of Rav Chaim Yisroel ben Reb Dov HaLevy Belsky, zt’l, Senior OU Kosher Halachic Consultant (1987-2016). Subscribers can also ask their own questions on Kashrus issues and send them to grossmany@ou.org. These questions and their answers may be selected to become one of the Q and A’s on OU Kosher Halacha Yo