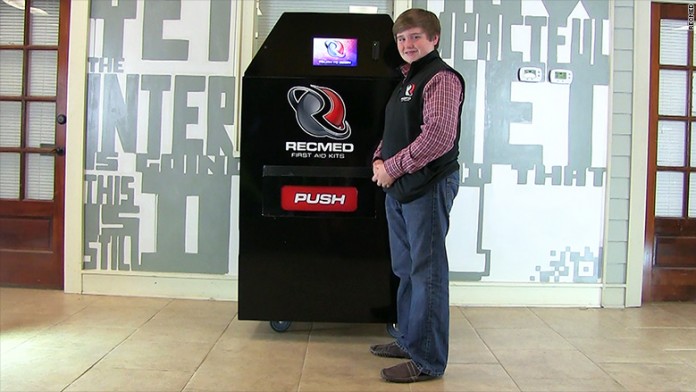 Taylor Rosenthal is ready for the big leagues. The 14-year-old is exhibiting his startup idea — a vending machine that dispenses first aid products — at TechCrunch Disrupt this week in Brooklyn.

The first-time entrepreneur doesn’t sound nervous. He’s actually looking forward to the trip from his hometown of Opelika, Alabama.

Still, it’s a big deal.
“They told me that I was the youngest person to ever get accepted to the event,” said

Rosenthal’s startup RecMed, which he launched in 2015, has already been generating buzz.

He’s raised $100,000 in angel investments and has already rejected a $30 million offer to buy his idea.

RecMed started as an eighth-grade project when Rosenthal was one of 19 students in a Young Entrepreneurs Academy class.

“We had to come up with a business idea,” he said. The straight-A student, who’s a first baseman and pitcher for his high school baseball team, had one immediately. Read more at CNNTech.

Leave a Reply to B. Cancel reply