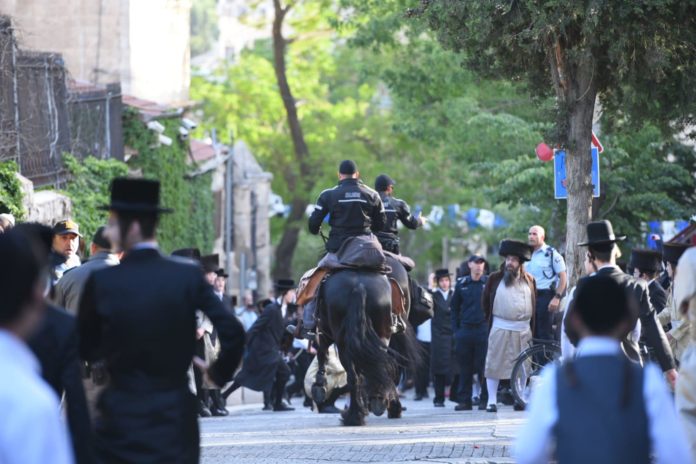 Over 2000 people showed up to demonstrate against the chillul Shabbos taking place at the rehearsals and preparations for the international singing competition, the Eurovision, held this year in Tel Aviv in one of the largest hafganos Yerushalayim has seen in a few years.

The protest, which began on Kikar Shabbos and marched toward the city center, was led by the Toldos Ahron Rebbe, who joined the protest to deliver a fiery schmooze against chillul Shabbos.

Riots broke out with the police, who arrested several demonstrators for disturbing the peace and attacking police. Damage was also caused to one of the storefronts that was found to be open and operating while the protesters were marching.

The police spokesman said that two police officers were lightly injured as a result of the  demonstration.

Additionally, around 50 protesters were stopped near the Great Synagogue as they marched towards the Prime Minister’s residence to protest Prime Minister Netanyahu for allowing the chillul Shabbos to take place.

Trump Warns Iran on Assassinations: ‘1,000 Times Greater in Magnitude’ Response to any Attack