Rav Nosson Nata (ben Moshe) Hanover (1683). A talmid of the Maharshal, he was the author of Yaven Hametzula and Shaarei Tzion, a popular kabalistic sefer of tefilos and minhagim.

Rav Avraham Yitzchak (ben Yosef Leib) Bloch (1941), Telsher rosh yeshiva, brother of Rabbi Eliyahu Meir Bloch. Upon his father’s petira, Rav Avraham Yitzchak assumed the leadership of both the yeshiva and the city of Telshe, although he was not yet forty. The yeshiva’s end in Europe began in the summer of 1940, when the Soviets, who had occupied Lithuania, ordered the yeshiva closed. The Nazis entered the city on Rosh Chodesh Tammuz of 1941. After three terrible weeks of torture, on 20 Tammuz the Nazis massacred the male population of the city, including the yeshiva’s administration and student body. The women and children of Telshe were killed on 7 Elul

Rav Avraham Chaim (ben Menachem Mendel) Na’eh, posek; author of Shiurei Torah and Ketzos Hashulchan (1890-1954). Born in Chevron to the Rosh Yeshiva of the Sdei Chemed’s yeshiva, Magen Avos. Later, he studied at Rav Yehoshua Leib Diskin’s yeshiva, Ohel Moshe, under Rav Yehoshua Leib’s son, Rav Yitzchak Yerucham. In 1912, he published his Chanoch LaNoar, which contains the laws necessary for bar-mitzvah youths. With the outbreak of World War One, the Turks, who were in control of Eretz Yisrael, expelled anyone who did not possess Turkish citizenship from the land. Most of the expelled Jews clustered in Alexandria. Rav Avraham Chaim opened Yeshivas Eretz Yisrael there. This yeshiva had two hundred avreichim and talmidei chachamim, who had been exiled from Yerushalayim, supported fully by Rav Avraham Chaim during the entire war. There, he wrote Shenos Chaim, a special Kitzur Shulchan Aruch for Sephardic Jews. In Teves of 1918, he returned to Yisrael and served as safra de’daina (personal secretary) of the Eidah HaChareidis, under Rav Yosef Chaim Sonnenfeld, the Rav of Yerushalayim. In 1948, he founded the Vaad HaRabbanim of Agudas Yisrael. Later, he helped found the chareidi weekly newspaper, Kol Yisrael. He is the author of Ketzos HaShulchon, Shiurei Torah and Gesher HaChaim.

Rav Betzalel Rakow (1927-2003), born in Frankfurt, Germany. His father, Rav Yom Tov Lipman, studied in Volozhin under Rav Isser Zalman of Slutsk. After Kritallnacht, his family left via Antwerp to England, in 1939. Rav Betzalel learned at Rav Moshe Schneider’s Toras Emes, along with Rav Moshe Sternbuch and Rav Tuvia Weiss. By age 18, he became very close to Rav Elya Lopian and Rav Yechezkel Avramski. He then joined the Gateshead Kollel, marrying three years later. In 1956, he became the rosh yeshiva of Etz Chaim in Montreaux, Switzerland, where he developed a close relationship with Rav Yechiel Weinberg and the Brisker Rav. In 1963, he became the Rav of Gateshead, where he remained until his petira. He is the author of Birkas Yom Tov. He is the brother of Rav Benzion Rakow, rosh yeshiva of Chayei Olom Yeshiva, but he was also the Rav of beis hamedrash Heichal Hatorah and a leader of Agudas Yisrael in London.

· The pope promulgated a Church doctrine which held Jews doomed to perpetual servitude and subjugation because they killed the Christian deity, 1205. This classic charge of deicide was officially removed in 1963.
· Nazis murder Jews of Telzh, including the Roshei Yeshiva, 1941.
· Hungarian rebels known as Kuruc attacked Uhersky Brod in Moravia, killing most of its Jewish inhabitants, 1683. Many of the Jews were recent refugees expelled from Vienna in 1670. One of the victims was the rav and mekubal Nosson Nota Hanover, who had survived the Chmielnicki attacks and authored Yaven Metzula about this period. The book was translated into many languages, including Yiddish (1687), German (1720), French (1855) and English (“Abyss of Despair”, 1950).
· Fall of the Bastille, 1789. Jews viewed the fall of Bastille as a triumph although by and large they were not allowed to participate in the election of the Estates-General which became the Constituent National Assembly. Many Jews enlisted in the National Guard. At the same time, more then 1,000 Jews in Alsace were forced to flee during the Agrarian revolt there.
· Jews of Telz, including roshei yeshiva, were killed by the Nazis, 1941.
· Nazis liquidate the Kovno ghetto, 1944.
· The Law of Return is enacted in 1950, granting every Jew the absolute right to settle in Israel.
· On the Caribbean island of Montserrat, the Soufriere Hills volcano erupted. Over the course of several years, the eruption devastated the island, destroying the capital and forcing most of the opoulation to flee, 1995. 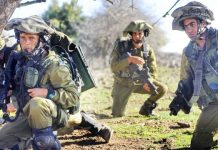