Rav Yitzchak Feigenbaum, Rav and Av Beis Din in Warsaw (1911). He was a prominent supporter of the Chovevei Tzion
-Rav Binyamin Mendelson, Rav of Kommemiyus (1979).Born in Plotzk at the end of the 19th century, his father was Rav Menachem Mendel Mendelsohn, who served there as Rosh Yeshiva. After World War I, Rav Binyamin married and opened a yeshiva in Bodzanov. During his years there, he became a chassid of the Gerer Rebbe, the Imrei Emes. In fact, his notes were used to publish the sefarim of the Imrei Emes decades after the War, as tens of thousands of pages of the Imrei Emes’ written chiddushei Torah were lost. With the bracha of the Gerer Rebbe, Rav Binyamin moved to Eretz Yisroel in 1933, and was offered the position as Rav of Kfar Ata, near Haifa. In 1951, he accepted an offer to become Rav of a small, religious settlement in the Negev called Kommemius, serving the community for the next 27 years. Shemitta was adhered to according to the opinion of the Chazon Ish with no reliance on the heter mechira that was almost unanimously accepted in those years. Rav Binyamin felt that keeping Shemitta was a key to bringing about the geula. His letters, masterpieces of hashkafa and emuna were published posthumously in the sefer Igros HaGrab.
-Rav Akiva Moshe Gottlieb (1923-2005). Born to Rav Shlomo Gottlieb, Rav of the Ohr Hachaim shul in Philadelphia, the family moved to Yerushalayim in 1929. After learning at the Chevron Yeshiva, his family moved back to the United States, where he learned at Torah Vodaas. He married in 1946. In 1963, he moved back to Eretz Yisrael to help his parents. He was appointed general manager of the Chief Rabbinate of Israel, which he held for 14 years. He also assisted his father in Yeshiva Rabbeinu Chiam Yosef, founded in 1942. After his father’s death, Rav Akiva Moshe was responsible for it. He wrote Beis Shlomo, a biography of his father, and Kerem Shlomo, six volumes on chumash and the moadim.

Today in History – 24 Iyar
· Massacre of the Jews of Worms who took refuge in the castle during the First Crusade, 1096.
· Pope calls upon all Christian princes to send the Jews who had fled from the Inquisition back to Spain, 1481.
· Portuguese Marranos were granted permission to settle in Brazil, 1577.
· Black Hundred pogroms in Brisk, Lithuania, 1905.
· The freighter SS Robin Moor. 950 miles off the coast of Brazil, became the first U.S. ship sunk by a German U-boat, 1941.
· Liberation of Mauthausen concentration camp, 1945, where 200,000 Jews were killed.
· Germanysurrendered unconditionally to the Allies in Rheims, France, 1945.
· Viktor Brack, Hitler’s supervisor of the installation of gas chambers in Poland, was executed, 1948.
· An Israeli attack on Egyptian positions at Ashdod marked the turning point in the war between Israel and Egypt, 1948. The battle forced Egypt to give up its plans to attack Tel Aviv and made the isolation of the Negev from the rest of Israel its prime objective.
· The right wing Dutch politician, Wilhelmus Simon Petrus “Pim” Fortuyn, was shot and killed in Hilversum, Netherlands, by Volkert van der Graaf, who was sentenced to 18 years in prison, 2002. Van der Graf, a militant animal rights activist, claimed in court he had murdered Fortuyn to stop him from exploiting Muslims as “scapegoats.” Fortuyn was considered controversial for his views about immigrants and Islam. He called Islam “a backward culture” and said that if it were legally possible he would close the borders for Muslim immigrants. 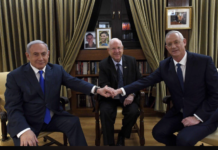 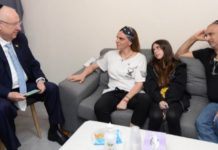 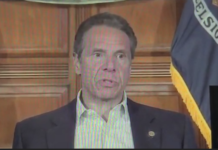 Watch: Governor Cuomo Says Guidelines For Reopening Shuls For Shavuos To Be Released This Week