Rabbeinu Nissim ben Reuven, the Ran (1308-1376), author of a commentary to the Talmud and a halachic commentary to the work of Rabbeinu Yitzchak Alfasi (the Rif ). His extant commentaries on the Rif cover mesechtos Shabbos, Pesachim, Ta’anis, Rosh HaShanah, Beytza, Sukkah, Megillah, Kesubos, Gittin, Kiddushin, Shevuos, and Avodah Zarah. He wrote in reply about 1,000 responsa, of which only seventy-seven have been preserved.

Rav Yehosef Schwartz (1805-1865). Born in Bavaria ( Germany ), he studied in the yeshiva of Rav Nosson Adler. (This was not the same Rav Nosson Adler as the teacher of the Chasam Sofer, but perhaps his nephew, who later became Chief Rabbi of the British Empire ). Rav Schwartz also attended university (possibly the University of Wurzburg ) where he studied languages, geography and astronomy. In 1829, he published his first map of the Holy Land , and in 1833, he settled in Yerushalayim. His sefer, Divrei Yosef, contains two parts – Tevuos Hashemesh about the proper way to calculate sunrise and sunset, and Tevuos Ha’aretz about the borders of Eretz Yisrael, its cities, and its flora and fauna. He also wrote Pri Tevuah and Pardes.

Rav Yeshayahu Zev Winograd (1883-1956), born in Stuchin , Lithuania . His father, Rav Pinchas Mordechai Winograd, was one of Poland ‘s gedolei Torah and the author of Toldos Aharon on Pirke Avos. When Yeshayahu Zev was 8 years old, his family moved to Yerushalayim. In 1912, he was sent to Europe by the City’s sages to raise funds for city’s needy. He made lengthy stops at Brisk, Biala, and Warsaw . In 1920, he returned to Yerushalayim and dedicated himself to expaning Yeshiva Etz Chaim, the oldest educational institution in the Ashkenazik community (founded 1855). His major work was a sefer called Shaarei Ziv, with chidushim on all of shas.

Rav Eliezer Silver (1882-1968). Born in Kovno , Lithuania to Rav Bunim Tzemach, Rav Silver studied in Dvinsk with Rav Yosef Rosen, the Rogotchover Gaon, and Rav Meir Simcha, the Ohr Sameach. At the age of 24, he received his Semicha from Rav Chaim Ozer Grodzinski. A year later he immigrated to the United States . Rav Silver held several Rabbinical positions in New York , Pennsylvania , and Massachusets. In 1931 he accepted an invitation to become Rav in Cincinnati , where he remained until his passing. He founded the American branch of Agudas Yisrael and established the Vaad Hatzalah to aid Jews in Europe during WW II.

Rav Nachum Abba Grossbard, mashgiach of Ponovezh (1993). He was one of the leading students of Rav Shimon Shkop of Grodno and Rav Boruch Ber Leibowitz of Kamenitz. He joined Yeshivas Mir in exile, and he formed a close bond with Rav Yechezkel Levenstein in Shanghai . Rav Grossbard is considered one of the leading rebuilders of the yeshiva world of America after the Holocaust. His son is Rav Shmuel Grossbard, rosh yeshiva of the Telstone Yeshiva Gedoloh in Israel .

· Rav Isaac Males was burned at the stake by the Inquisition for allowing the burial of a ger tzedek in the Jewish cemetery, 1278. The severity of his punishment was to deter other converts who might feel drawn to Judaism.

· First transport of French Jews to Nazi Germany, 1942.
· Pravda article touched off a wave of virulent anti-Semitism throughout Russia , 1953. 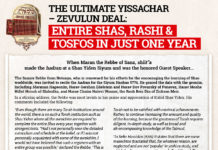 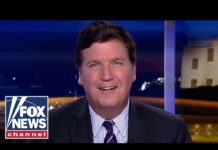