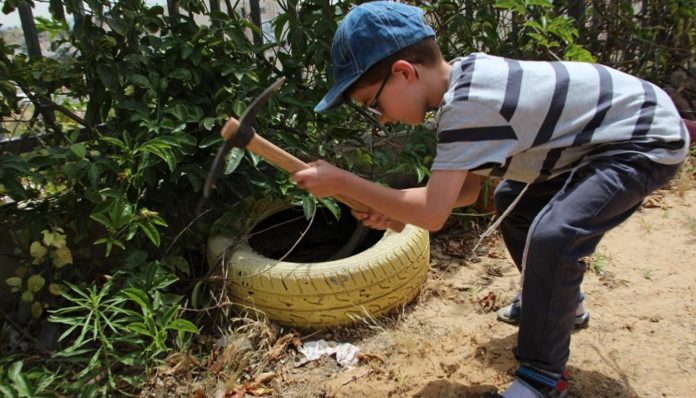 Two years ago, veteran educator Avishai Himelfarb founded the green Leshomra organization by giving shemittah tours in the central Israel Moshav Gimzu where he lives. His goal was to spearhead a major shift in the chareidi community’s relationship with nature and the environment, his website states.

Himelfarb notes that while over a quarter of all of Israel’s school students today are enrolled in chareidi institutions, almost none of them offer environmental education programming especially since they grow up in asphalt neighborhoods and schoolyards.

To alleviate this, Leshomra has developed environmental education programs, which include hands-on demonstrations of the halachos pertinent to the land such as maaser and kilayim. Torah-based, rabbinically approved, hands-on fun programs have been launched in Talmud Torahs, Bais Yaakovs and kindergartens.