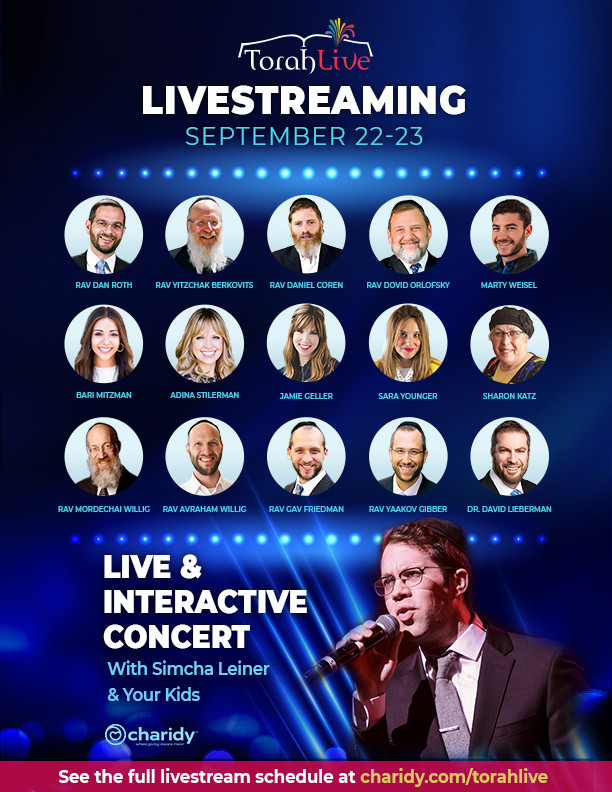 Ten years ago, Rabbi Dan Roth had dreams of being a Jewish educator in Jerusalem. An immigrant from London, he landed his first job as a teacher for high-risk youth and entered the classroom with high hopes. Unfortunately, his hopes were quickly dashed, as he realized that his students were interested in everything but the Torah he was teaching them.

Torah Live was born from that initial foray into multimedia. The organization has grown over the past ten years, offering over 150 hours of high-quality videos on a myriad of Torah topics, including emunah and tefillah, honoring parents, the power of speech and how to control your anger. Middos, halacha, hashkafa and Jewish holidays are all covered in-depth and with an enthusiasm that’s contagious. Narration, storytelling, animation and special effects all combine to create Hollywood-level productions that educate children and adults about some of the most important topics in Judaism.

In addition to the videos, Torah Live produces stellar educational materials which support teachers in creating lessons that resonate with their students and get them excited about being Jewish.

Since the beginning of the COVID pandemic, Torah Live has reached over 1 million views, 11,000 new families and over 200 schools. In fact, the audience has doubled in just a few months! The Torah Live vision has become all the more important in a world in which much of Jewish education has gone online.

As soon as schools began to shut down in March, Torah Live made the decision to offer all of their videos and educational materials (lesson plans, workbooks, quizzes and more) for free to families and teachers alike. The organization continued to produce films, launching animated videos when COVID precluded live shoots, and is currently planning 15 new ambitious projects. Work is underway on a revolutionary website and a new platform for viewing videos is in the planning stages. At the same time, the uncertain economic situation led to a decrease in sponsorship, forcing Torah Live to think out of the box.

On September 22-23, 2020, Torah Live is holding its first major crowdfunding campaign. It will be accompanied by a Livestream event featuring an interactive concert with Simcha Leiner, a cooking demonstration with celebrity chef Jamie Geller, inspirational messages for asseres yemei teshuva from leading rabbis, panel discussions and behind the scenes looks at Torah Live productions. The event will also feature the world premiere of a new short film on the topic of Gratitude.

The goal of this campaign is to raise $500,000 in 36 hours. All donations are doubled, so every pound donated is actually worth two. Your donation will help fund new productions on chesed and loving-kindness, a series on character trait development, many new chapters of the Emunah & Tefillah series and an expansion of the Hilchos Shabbos series.

With so many children disenfranchised from Judaism, it’s more important than ever to speak to them in their language. Torah Live embodies Torah for OUR generation and it is imperative that it continues to grow and thrive.

Watch the Livestream and donate at www.charidy.com/torahlive.