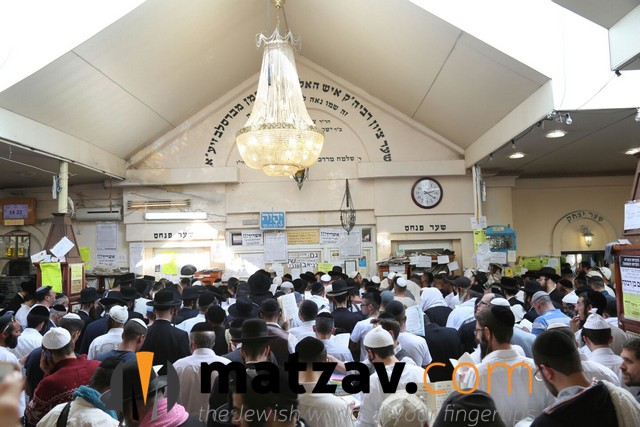 Deputy Foreign Minister Tzipi Hotovely recently instructed Ambassador to Ukraine Eliav Belotzercovsky to raise the issue of transferring Rav Nachman of Breslev’s kever to Eretz Yisroel with Kiev officials. There has been no breakthrough over the past six months.

Rav Aryeh Lippo, a Breslever involved in the talks, told Army Radio it was illogical that “half of Eretz Yisroel Israel leaves the country every Rosh Hashonah” for Uman when the kever can be moved to them.

Director of the Ukrainian Jewish Committee Eduard Dolinsky said he doubted Kiev would agree to the relocation because the kever brings millions of dollars every year to the state, city and Uman inhabitants. But nationalistic groups supported the move, he said, “because of chaos caused by the pilgrimage and general anti-Semitic views.”