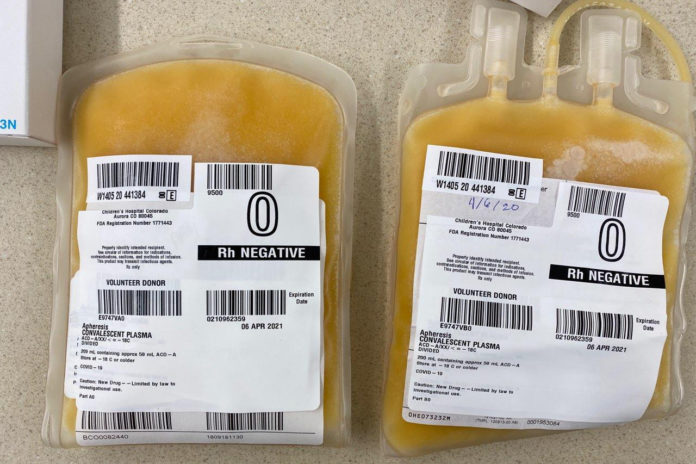 President Donald Trump announced Sunday that the FDA has granted an emergency use authorization to use convalescent blood plasma from people who have recovered from COVID-19 to treat those who are newly diagnosed.

During a White House press conference Sunday evening, Trump — who was joined by FDA Commissioner Dr. Stephen Hahn and Health and Human Services Secretary Alex Azar — credited Operation Warpspeed for moving up the timeline to treat COVID-19 patients with new drugs and therapies.

The president added that the new treatment authorization is part of an overall effort that is “marshaling the full power and authority of the federal government” to help fight the pandemic.

Trump cited multiple studies and medical experts in saying the plasma treatment, which he called a “breakthrough,” has been shown to lower the mortality rate of people who are sickened with the virus. Trump urged all Americans who have recovered from the virus to donate their blood plasma to help others fight the disease that has sickened nearly 6 million people in the U.S. More than 180,000 Americans have died since the pandemic started earlier this year.