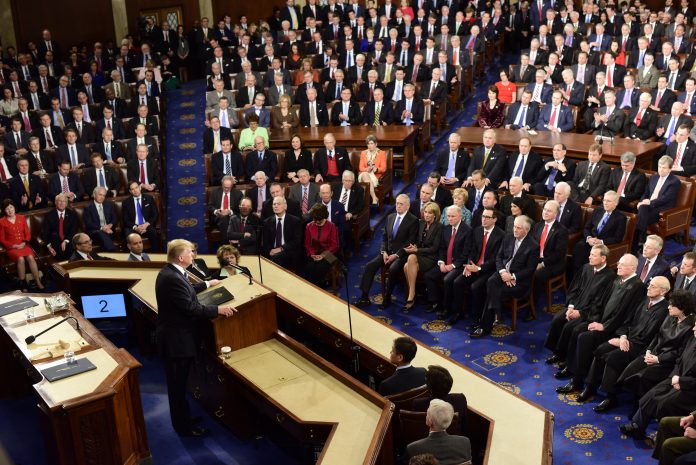 In his speech delivered to Congress tonight, President Trump opened by condemning the waves of threats against Jewish community centers across the United States and a recent shooting in Kansas that targeted and killed an Indian man.

“Recent threats targeting Jewish community centers and vandalism of Jewish cemeteries as well as last week’s shooting in Kansas City remind us that while we may be a nation divided on policies, we are a country that stands united in condemning hate and evil in all of its very ugly forms,” Trump said. “Each American generation passes the torch of truth, liberty and justice, and an unbroken chain all the way down to the present. That torch is now in our hands. and we will use it to light up the world.”