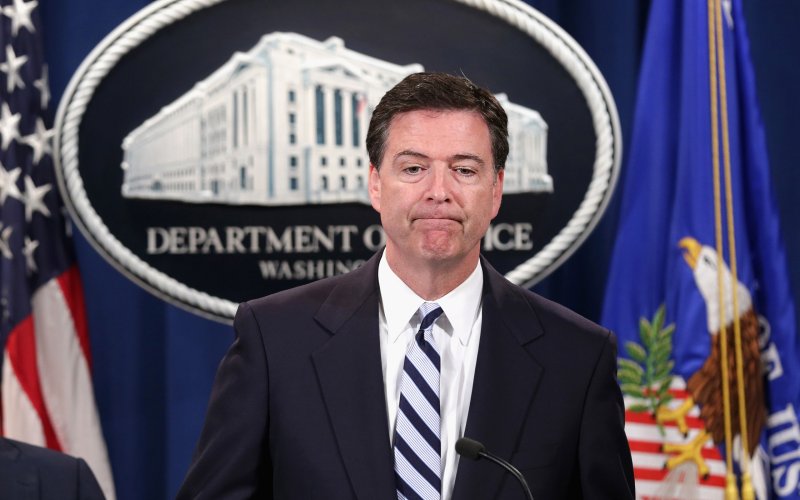 Amid a firestorm over his firing of FBI Director James Comey, President Donald Trump blasted out a series of missives on Twitter on Wednesday defending his move and promising to replace Comey with someone who would restore the “prestige” of the nation’s top law enforcement agency.

“The Democrats have said some of the worst things about James Comey, including the fact that he should be fired, but now they play so sad!” Trump wrote as morning dawned on the day after his historic decision.

Democrats immediately accused Trump of attempting to stifle the agency’s investigation in to his campaign’s ties to Russian interference in the election.

Several hours after the firing Tuesday, Democrats and Republicans found rare common ground in calls for an independent investigation into the alleged Russian links. The outrage seemed to surprise Trump and his aides, who moved to further explain his decision.

Trump began tweeting on the issue Tuesday night. He returned to Twitter Wednesday as he sought to frame Comey’s dismissal as an effort to restore public trust in the leadership of the FBI.

“James Comey will be replaced by someone who will do a far better job, bringing back the spirit and prestige of the FBI,” Trump added in another tweet. “Comey lost the confidence of almost everyone in Washington, Republican and Democrat alike. When things calm down, they will be thanking me!”