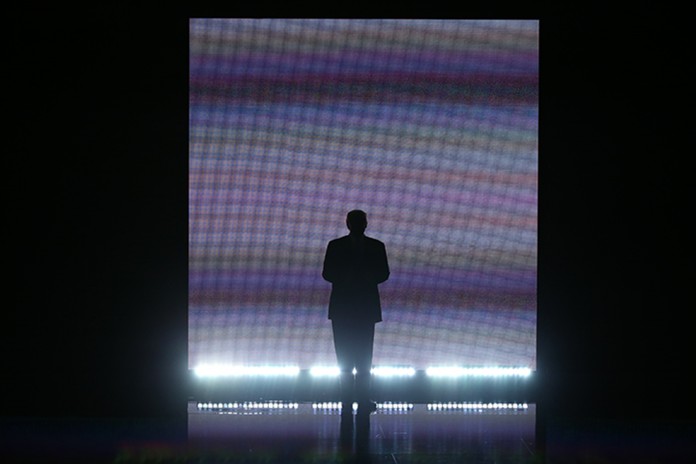 At Hillary Clinton’s convention this week, Democrats have been speaking about a world that doesn’t exist. A world where America has full employment, where there’s no such thing as radical Islamic terrorism, where the border is totally secured, and where thousands of innocent Americans have not suffered from rising crime in cities like Baltimore and Chicago.

In the Democrats’ fantasy world, there is no problem with Hillary Clinton maintaining an illegal, exposed server full of classified information that could have been hacked by any foreign enemy, and in which Hillary Clinton risked prison time to delete 33,000 emails that were simply about yoga and wedding planning.

In this world, there is no Hillary Clinton disaster in Syria, Libya and Egypt, ISIS doesn’t merit a mention, Iran isn’t on the path to nukes, convention stages don’t need American flags, and our great men and women of law enforcement, our police, do not need to be honored.

I propose a different vision for America, one where we can break up Washington’s rigged system, and empower all Americans to achieve their dreams. In our vision, we will put America First.

If we deliver this change, the future is limitless and we will Make America Great Again for everyone.