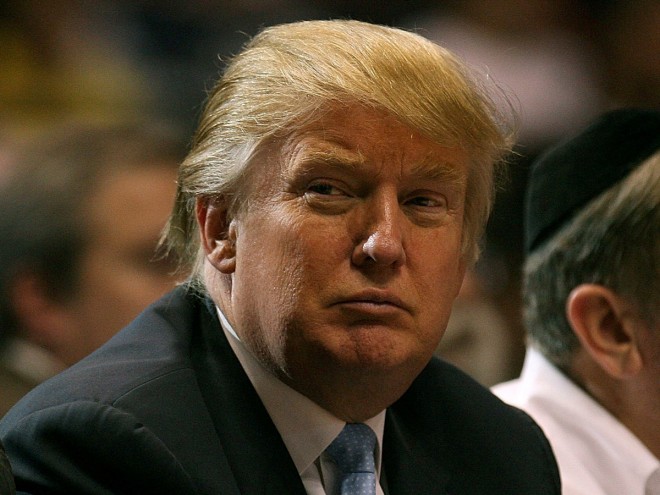 Sarah Huckabee Sanders was one of two White House aides dispatched to Monday morning news shows to defend the explosive claim that the president made in tweets on Saturday morning that Obama wiretapped Trump Tower during the election. The White House has yet to provide any evidence for the president’s claim and has called for a congressional probe. Comey on Saturday asked the Justice Department to issue a statement refuting the president’s claim that Obama ordered a wiretap of Trump’s phones before the election, according to U.S. officials, but the department did not do so.

During a tense interview on ABC News’ “Good Morning America,” host George Stephanopoulos repeatedly challenged Sanders when she said things he believed to be inaccurate. The interview started with questions about reports that Comey refuted the president’s accusation.

“You know, I don’t think he does, George,” Sanders responded. “I think he firmly believes that this is a story line that has been reported pretty widely by quite a few outlets. The wiretapping has been discussed in the New York Times, BBC, Fox News, and we believe that it should be looked at by the House Intelligence Committee.”

Stephanopoulos cut Sanders off, saying that not a single news article that she mentioned backs up the president’s claim and asking her for actual evidence.

Stephanopoulos cut in again, saying: “That is simply not true.”

Stephanopoulos said that none of the cited articles state that Obama ordered a wiretap. There was a report that investigators sought a Foreign Intelligence Surveillance Act (FISA) wiretap, but former director of national intelligence James Clapper said Sunday that “there was no such wiretap activity mounted against the president-elect at the time as a candidate or against his campaign.” As Sanders tried to use that report as blanket evidence for the president’s accusations against Obama, Stephanopoulos pointed out that there’s “a world of difference between an illegal wiretap ordered by a president and a court-ordered wiretap approved by a federal judge.”

“The fact that it was being done is a story that we should be talking about, George,” Sanders said, continuing to call for a congressional review to determine answers to Trump’s questions.

Sanders criticized reporters for advancing a “false narrative that there are connections between the Trump campaign and the Russians when there simply aren’t,” yet then not believing the president when he has reason to believe that there was a wiretap.

Stephanopoulos told Sanders that “it is not a fact” that this wiretap happened, and that the charges have been denied by Obama, Clapper and Comey.

“They’re all saying that it did not happen,” Stephanopoulos said. “So, is the president calling all three of those individuals liars?”

“Not at all,” Sanders said. “He’s asking that we allow the House Intelligence Committee to do its job. . . . It’s very interesting, George, how when this past president says it’s false, everybody’s like: ‘Oh, well, obviously it is.’ But when we’ve been saying it for the last six months, nobody believes it. Frankly, George, I think if the president walked across the Potomac, the media would report that he can’t swim. This is a constant battle that we’re having to fight. All we’re asking is that the double-standard be washed away.”

Stephanopoulos asked Sanders if the president has called Comey since he tweeted his accusation more than 48 hours ago.

“I don’t know that he has talked directly with the FBI director,” Sanders said, again calling for the congressional review.

Stephanopoulos listed other agencies that the president could contact to vet his accusation, asking Sanders if Trump has contacted them. She said she didn’t know if those agencies could answer the president’s questions and again called for a congressional review. Also Sunday morning, White House counselor Kellyanne Conway was on Fox News and defended the president by saying: “He’s the president of the United States. He has information and intelligence that the rest of us do not.”

In the final seconds of Sanders’ ABC interview, Stephanopoulos asked her again: “Bottom line, the president does not accept the FBI director’s denial?”

“I don’t know that he has gotten a firm denial from the FBI,” Sanders responded.

“The president wants the truth to come out to the American people,” Sanders responded, “and he is asking that it be done through the House Intelligence Committee and that that be the process that we go through.”