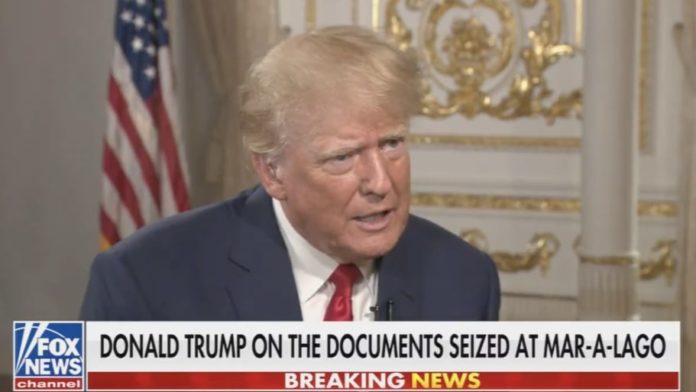 In a new claim about why federal agents raided his Florida home, Donald Trump floated the idea that they might have been looking for Hillary Clinton’s emails, the Daily Beast reports. Speaking to Fox News host Sean Hannity last night, the former president mentioned his theory.

“There’s also a lot of speculation, because of the severity of what they did, the severity of the FBI coming and raiding Mar-a-Lago,” Trump said, referring to the search last month amid claims Trump had improperly retained sensitive documents. “Were they looking for the Hillary Clinton emails that were deleted, but they are around someplace?”

Hannity seemed surprised by the comment, asking Trump if he was saying he had the emails. “No,” Trump answered, “They may be saying… They may have thought that it was in there. And a lot of people said the only thing that would give the kind of severity that they showed by actually coming in and raiding with many, many people is the Hillary Clinton deal, the Russia, Russia, Russia stuff, or… I mean there are a number of things. The spying on Trump’s campaign.”