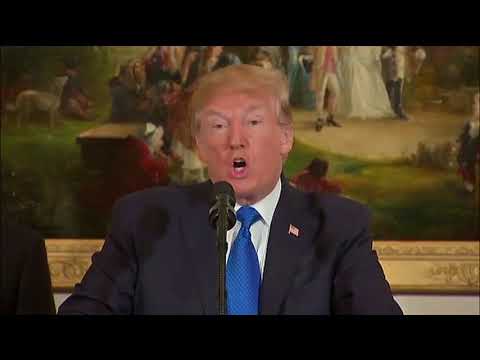 >>Follow Matzav On Whatsapp!<<
President Donald Trump has vowed to change “one-sided and unfair” trade relations with China, but gave Beijing “great credit” for “taking advantage” of the U.S. In comments made during a joint press conference with Chinese President Xi Jinping on Thursday, Trump said current trade relations between the two countries are “not sustainable” and called for a more “level economic playing field,” lamenting America’s “huge annual trade deficit” with the country.
He went on to praise Beijing for its trade practices, however. “I don’t blame China,” he said. “After all, who can blame a country for being able to take advantage of another country for the benefit of its citizens? I give China great credit. But in actuality, I do blame past administrations for allowing this out-of-control trade deficit to take place and to grow,” he said.
Trump reportedly signed about 15 business deals with Beijing valued at about $250 billion during his visit, according to China’s commerce minister. Many of the agreements were non-binding, however, and analysts said they could take years to materialize. Read more at BLOOMBERG NEWS.
{Matzav.com}