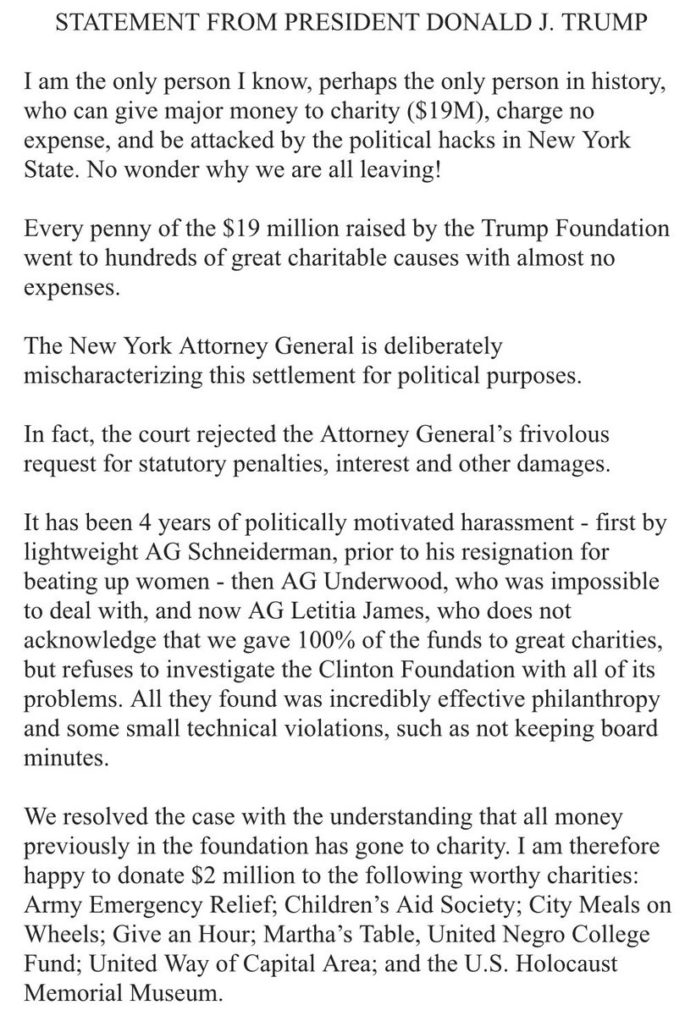 President Trump on Thursday lashed out at New York’s Democratic attorney general, accusing Letitia James of “deliberately mischaracterizing” a settlement in a lawsuit involving his charity for “political purposes.”

“I am the only person I know, perhaps the only person in history, who can give major money to charity ($19M), charge no expense, and be attacked by the political hacks in New York State. No wonder why we are all leaving!” Trump said in a statement issued on Twitter Thursday evening.

“Every penny of the $19 million raised by the Trump Foundation went to hundreds of great charitable causes with almost no expenses. The New York Attorney General is deliberately mischaracterizing this settlement for political purposes,” the president continued.

“It has been 4 years of politically motivated harassment – first by lightweight AG Schneiderman, prior to his resignation for beating up women – then AG Underwood, who was impossible to deal with, and now AG Letitia James, who does not acknowledge that we gave 100% of the funds to great charities, but refuses to investigate the Clinton Foundation with all of its problems,” Trump said.