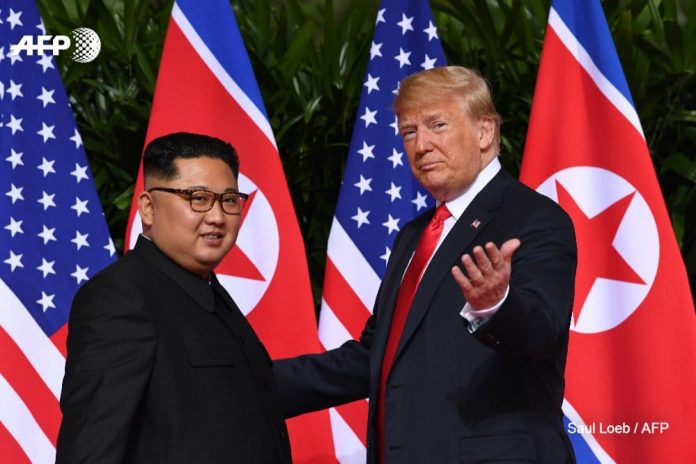 President Trump took a jab at the media on Tuesday in Singapore as he and North Korean leader Kim Jong Un headed into their historic meeting.

“The press, they never stop,” Trump told Kim, as reporters yelled out questions to the two leaders.

Kim, through a translator, spoke of the “obstacles” that had to be overcome to reach the day of the summit.

“I’ll tell you when they’re out,” Trump said to Kim, apparently referring to the press in the room.