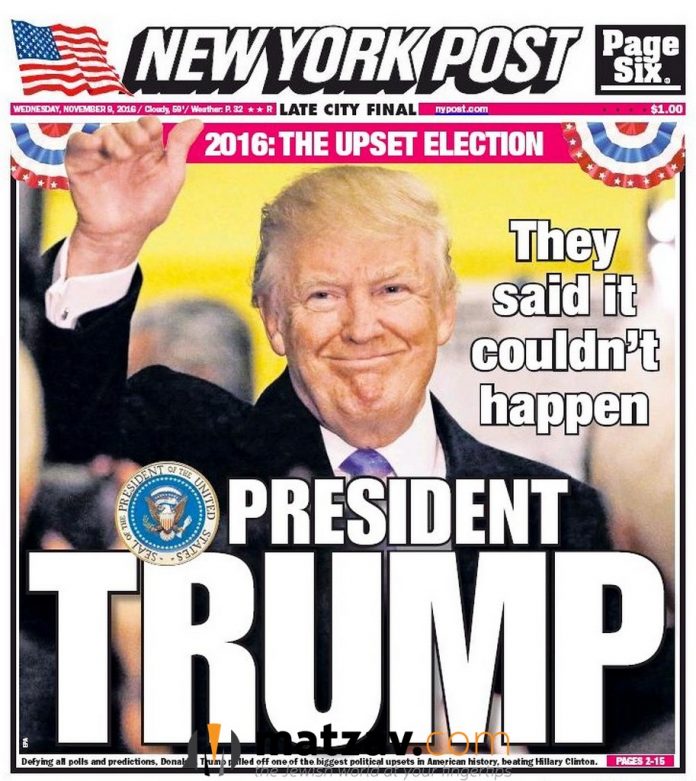 President-elect Donald Trump again cast doubt on the idea that Russia interfered with the U.S. election, questioning why the federal government waited until after votes were cast to present its strongest case on the hacking.

“If Russia, or some other entity, was hacking, why did the White House wait so long to act?” Trump said in a Twitter message on Thursday morning. “Why did they only complain after Hillary lost?”

The White House and several intelligence agencies did, in fact, allege in October that the Russian government had directed cyber intrusions against the Democratic National Committee and Hillary Clinton’s campaign. The Obama administration ordered a further review of the hacking this month.

“It might be time to not attack the intelligence community but actually be supportive of a thorough, transparent, rigorous, non-political investigation into what actually happened,” he told reporters at a briefing.

Earlier this month, the Washington Post reported that a CIA official told Congress that Russia’s goal was to help Trump win the election, not just to create confusion, a finding that not all intelligence agencies are prepared to make. On Wednesday, NBC News reported that intelligence officials it didn’t identify have concluded Russian President Vladimir Putin personally was involved in decisions on the hacking and the release of purloined material.

“This is amusing rubbish that has no basis in fact,” Putin spokesman Dmitry Peskov said Thursday on a conference call with reporters.

Trump and his surrogates have questioned whether the intelligence community’s findings should be trusted, even as the White House has stepped up its rhetoric about the ties between the Trump campaign and Russia. “These are the same people that said Saddam Hussein had weapons of mass destruction,” Trump’s transition team said in an unattributed statement after the Washington Post report on Dec. 9 that the CIA had determined the Russian government was seeking to help Trump win.

Earnest said Wednesday that Trump may have had some inside knowledge about Russia’s role in the election. He pointed to Trump’s statement in July that Russia should try to find 33,000 emails deleted from Clinton’s private e-mail server during her term as secretary of state.

“It might be an indication that he was obviously aware and concluded, based on whatever facts or sources he had available to him, that Russia was involved, and their involvement was having a negative impact on his opponent’s campaign,” Earnest told reporters. “That’s why he was encouraging them to keep doing it.”

Earnest elaborated on Thursday, saying that it was possible that Trump had been briefed by members of Congress or other sources about the Russian hacking before the information became public. He pointed to a Twitter message by Trump adviser Roger Stone in July that said “of course the Russians hacked” Clinton’s email.

Trump has repeatedly said the hacking could have originated in places other than Russia, including China or New Jersey.

“I think it’s just another excuse. I don’t believe it,” Trump said in an interview that aired Dec. 11 on “Fox News Sunday” when asked about Russian interference in the election.