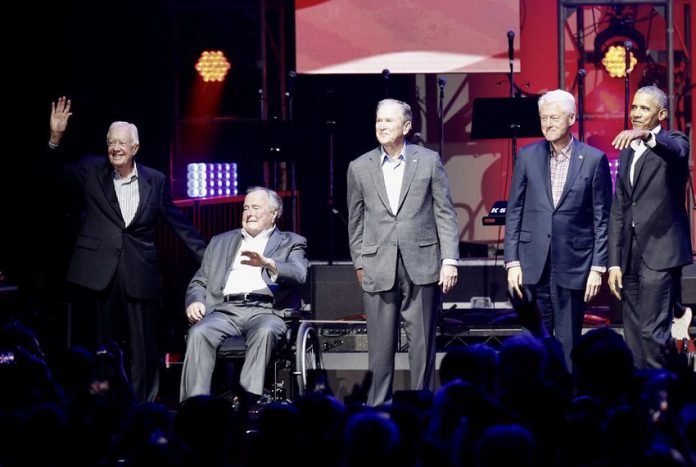 “In the aftermath of these terrible storms, the American people have done what we do best. We came together. We helped one another and through it all we remained resilient,” Trump said in a video message played during the “Deep From The Heart, The One America Appeal” concert at Texas A&M University’s Reed Arena.

“Now as we begin to rebuild, some of America’s finest public servants are spearheading the One America Appeal,” he added. “Through this effort, all five living former presidents are playing a tremendous role in helping our fellow citizens recover. To presidents Jimmy Carter, George H.W. Bush, Bill Clinton, George W. Bush and Barack Obama, Melania and I want to express our deep gratitude for your tremendous assistance.” Read more at The Daily Caller.