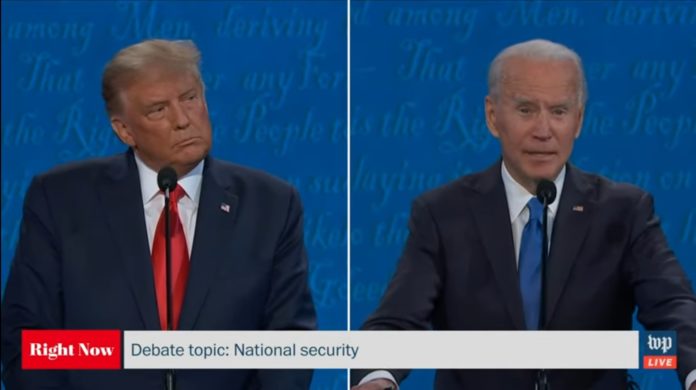 Democrat Joe Biden renewed his attacks on President Donald Trump’s handling of the coronavirus pandemic at Thursday’s final debate before the Nov. 3 election, while Trump leveled corruption accusations at Biden and his family.

And that was just in the first half-hour or so of a debate that allowed for occasional muting of candidate microphones to encourage more civil discourse than their first standoff.

Trump, a Republican, initially adopted a more restrained tone than he did during that first presidential debate in September, which was quickly derailed by constant interruptions. But Thursday’s clash still featured plenty of personal attacks between two men who evince little respect for each other.

The televised encounter in Nashville, Tennessee, represented one of Trump’s last remaining opportunities to reshape a campaign dominated by a pandemic that has killed more than 221,000 people in the United States. Opinion polls show Trump is trailing Biden, though the contest is tighter in some battleground states likely to decide the election.