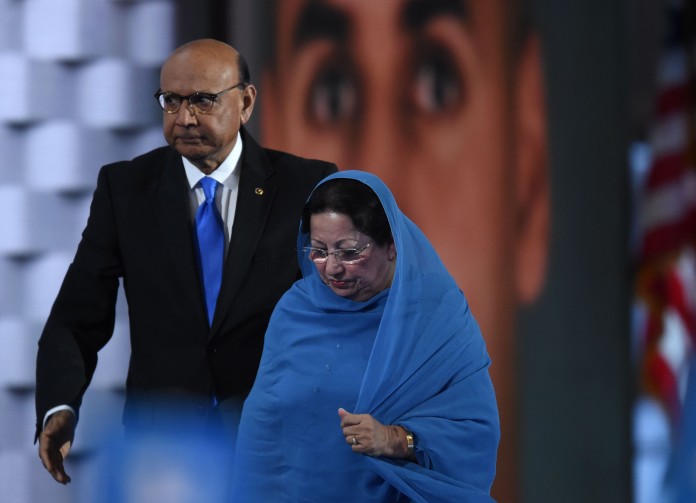 Donald Trump has spoken out about Khizr Khan, the father of a soldier killed in Iraq who issued a devastating critique of Trump at the Democratic convention.

Khan, his wife, Ghazala, at his side, demanded that Trump read the Constitution when considering his proposal to bar Muslims from the country, pulling a copy of the document of his pocket and offering to lend it to the Republican nominee. Had Trump’s policies been in place, he said, his family wouldn’t have been in the country, and his son Humayun Khan would not have served in Iraq, giving his life to save his men. “You have sacrificed nothing and no one,” Khan said to Trump.

Trump’s response to the New York Times’ Maureen Dowd was brief: “I’d like to hear his wife say something.”

If your assumption was that Trump was suggesting that, as a Muslim woman, Ghazala Khan may have been forced into a position of subservience, Trump made that point explicitly in an interview with ABC News’ George Stephanopoulos.

“I saw him,” Trump said of the speech. “He was very emotional and probably looked like a nice guy to me. His wife … if you look at his wife, she was standing there. She had nothing to say.”

“She probably, maybe she wasn’t allowed to have anything to say, you tell me,” Trump continued. “But a plenty of people have written that. She was extremely quiet and it looked like she had nothing to say. A lot of people have said that.”

Ghazala did have something to say when the couple were interviewed by MSNBC’s Lawrence O’Donnell.

O’DONNELL: You were very nervous about going to the convention and actually were reluctant, didn’t really want to go out on the stage and especially didn’t want to speak because you would not be able to keep your composure and I have to say, I’m just like you. I don’t think I would have been able to do what your husband did out there last night.

How do you feel now about having gone to the convention and gone out on stage and seen what an impact it’s had?

GHAZALA KHAN: First of all, I thank all America who listened from their heart to my husband’s and my heart, and I’m so grateful for that. And it was very nervous because I cannot see my son’s picture, and I cannot even come in the room where his pictures are. That’s why when I saw the picture at my back I couldn’t take it, and I controlled myself at that time. So, it is very hard.

While Khizr Khan spoke, a large photo of their son was displayed on the large video screens behind the couple.

In the ABC interview, Stephanopoulos pressed Trump on Khan’s question of what he’s sacrificed.

“He says, ‘You have sacrificed nothing and no one,'” Stephanopoulos asked.

“Who wrote that, did Hillary’s scriptwriters write it?” Trump replied.

“How would you answer that father,” Stephanopoulos pressed. “What sacrifice have you made?”

“Those are sacrifices?” Stephanopoulos asked.

“Sure. I think they’re sacrifices. I think when I can employ thousands and thousands of people, take care of their education, take care of so many things,” Trump said. “Even the military. I mean, I was very responsible along with a group of people for getting the Vietnam Memorial built in downtown Manhattan, which to this day people thank me for.”

“I raised and I have raised millions of dollars for the vets,” he added. 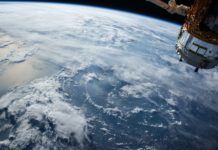