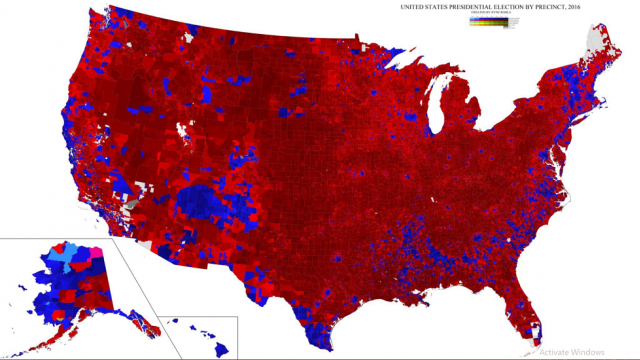 President Trump retweeted a 2016 election map early Friday morning showing the United States color-coded by precinct, which shows a mostly deep-red country with pockets of blue scattered across the landscape.

The tweet came the morning after Trump held a campaign-style rally in West Virginia, telling the crowd “there were no Russians” in his 2016 team and dismissing as a “fake story” ongoing probes into Moscow’s hacking related to last year’s election. Read more at The Hill.