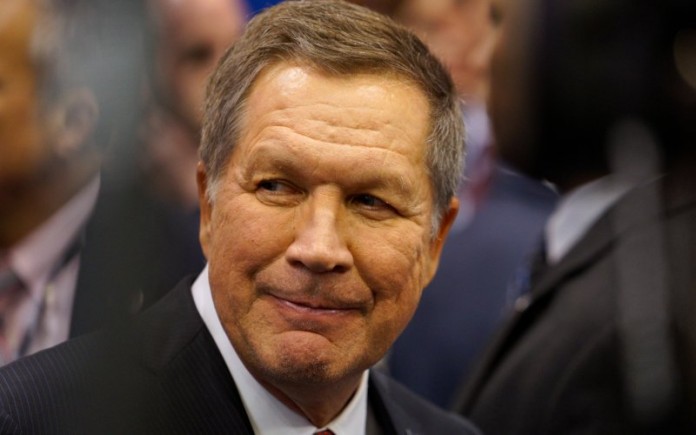 It took almost 10 months, but Donald Trump finally has a nickname for John Kasich, one of his two remaining obstacles on the way to the Republican nomination: “1 for 38 Kasich.”

“Lyin’ Ted Cruz and 1 for 38 Kasich are unable to beat me on their own so they have to team up (collusion) in a two on one. Shows weakness!” Trump tweeted Monday morning, following it up with, “Shows how weak and desperate Lyin’ Ted is when he has to team up with a guy who openly can’t stand him and is only 1 win and 38 losses.”

It’s not clear how Trump arrived at his denominator, but the numerator is right: Kasich’s sole primary victory came in his home state of Ohio on March 15, and he remains behind Marco Rubio in the delegate race even though the Florida senator left the race more than a month ago. Read more at POLITICO.