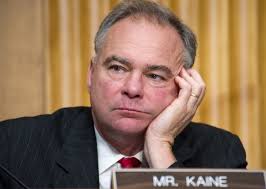 Following the remarks of Hillary Clinton’s vice presidential candidate Tim Kaine at a rally in Miami today, Donald Trump surrogate Scottie Nell Hughes went on CNN to criticize the Virginia senator’s ability and decision to speak Spanish to the crowd.

“I appreciate him having multi-cultural and speaking Spanish, I think that’s a great idea. And we can all bring out our languages. Melania can come out and speak her five different languages as well, but what Mr. Trump did, he spoke in a language that all Americans can understand. That is English!” Nell Hughes told Wolf Blitzer. “I didn’t have to get a translator for anything that was going on at the RNC this week. And I’m hoping I’m not going have to kind of have to start brushing up back on my Dora the Explorer to understand some of the speeches given this week.”

Kaine, who became fluent in Spanish while on a mission trip to Honduras during law school, told the Florida crowd, “Bienvenidos a todos en nuestro pais, porque somos Americanos todos,” which translates to, “Welcome to everyone in our country, because we are all Americans.” Read more at RAW STORY.