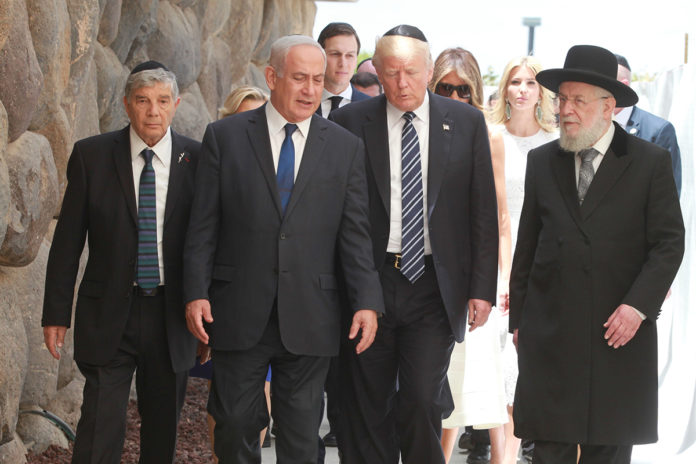 U.S. President Donald Trump will visit Poland on Sept. 1 to mark the 80th anniversary of the beginning of World War II, announced an aide to Polish President Andrzej Duda.

It would be Trump’s second visit to Poland since July 2017.

The day after his arrival on Aug. 31, Trump will partake in ceremonies in Warsaw commemorating 80 years since Germany invaded Poland, thus starting the Second World War. He will likely deliver speeches, reported the Associated Press, citing another aide, Wojciech Kolarski.

Six million Polish citizens were killed during the years of the war, half of them Jewish. Approximately 90 percent of Poland’s Jews were killed in the Holocaust.