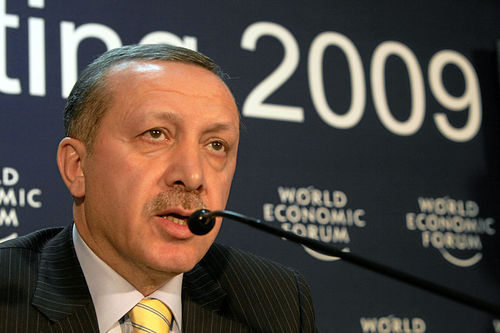 Turkish President Recep Tayyip Erdogan reacted in anger Monday to a proposed U.S.-trained force that could lead to Kurdish militiamen being stationed on the Syrian side of Turkey’s southern border, threatening to “drown” the force before it is born.

The U.S.-led coalition confirmed Sunday that it is training recruits for a planned 30,000-strong force that will maintain security on Syria’s borders with Turkey and Iraq, as well as along the Euphrates River valley.

Speaking on Monday at the opening of an Ankara soda factory, Erdogan said it is his government’s duty “to drown this terrorist force before it is born.”