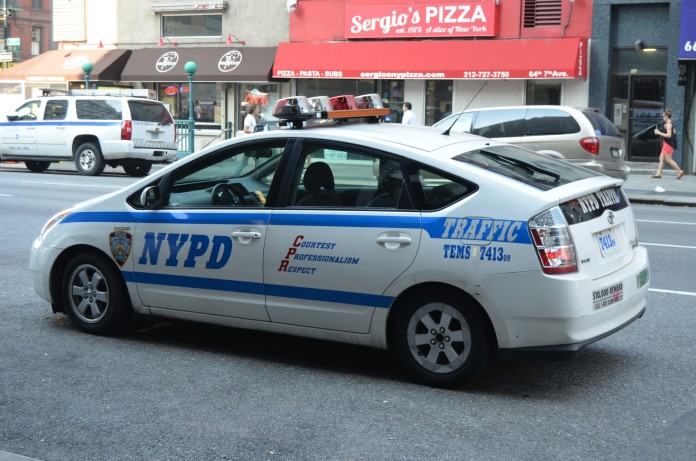 Two Bronx men were arrested Thursday in connection with an attack on police, who were struck with a rod as protesters marched across the Brooklyn Bridge, leaving four officers injured, including Chief Terence Monahan, according to city officials.

Three officers were treated at hospitals Wednesday and released, a New York Police Department spokesman told The Washington Post. In a radio interview Thursday, Monahan said his hand was injured in the incident. One police sergeant’s wounds required eight staples, he said, and a bicycle officer had a broken bone in his eye socket.

“I’m OK. Some of my cops aren’t in as good a shape as I am – they’re still out sick,” Monahan told radio station WCBS. “It was a pretty violent fight on the bridge.”

New York Mayor Bill de Blasio, a Democrat, told reporters on Thursday that he had spoken with Monahan, and he echoed the police chief’s sentiments about the incident.

“Peaceful protest is honored in New York City – always has been. There is no acceptable violent protest. Any violent protest will be stopped, and there’ll be consequences for anyone involved,” de Blasio said. “And anyone, anywhere, whether in protest or anything else, who assaults a police officer, it’s unacceptable, and they will suffer the consequences.”

On Wednesday, members of a unity march against gun violence walked from Brooklyn toward Manhattan, among thousands of protests against police brutality nationwide since George Floyd died after a Minneapolis officer knelt on his neck on Memorial Day.

But on the bridge separating the New York boroughs, the marchers were met by counterprotesters who said the unity demonstration was too friendly to police, CBS New York reported. Those counterprotesters stepped from the bridge’s pedestrian walkway into the street to block car traffic. Dozens of people were arrested, police said.

During one arrest, police came under attack by a man wielding a rod or cane. A 10-second video clip of the attack posted to Twitter by the New York Police Department shows the man, wearing a bandanna and a purple shirt, swinging the rod over a fence that separates the pedestrian walkway from the highway, where the police were making the arrest. The blows appeared to strike the officers on their heads and backs. The footage shows one officer stepping away and clutching his head.

“Such assaults are ALWAYS unacceptable, and should outrage us all,” New York Police Commissioner Dermot Shea said in a tweet Wednesday evening.

The department, which includes 36,000 uniformed officers, also shared images of officers with bloodied heads and faces after the attack. 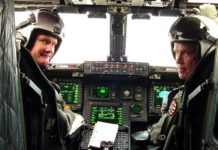 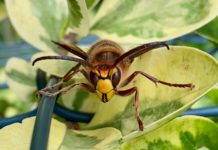 ‘Murder Hornet’ Nest Vacuumed Out of Tree in Washington