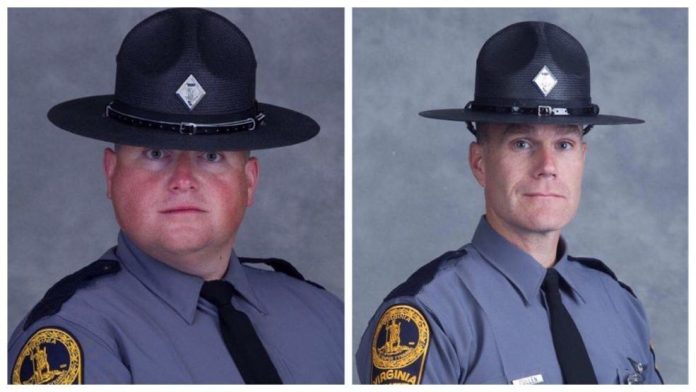 Flying a helicopter was Berke Bates’ dream job. A week before starting classes to pilot helicopters and a day before his 41st birthday, the Virginia native and state police trooper was killed in a crash while patrolling a white nationalist rally in Charlottesville, Virginia.

Killed along with him was State Police Lt. H. Jay Cullen, 48. They had just returned from dropping off Gov. Terry McAuliffe, Bates’ father Robert Bates said, when they were asked to surveil the violence on the ground.

“This is the job he always wanted, which was flying,” said Robert Bates, 80, who himself flew planes for the Navy and had helped his son learn the basics. “That’s what he wanted to do all his life.”

The Bell 407 helicopter Cullen piloted crashed at about 5 p.m. in the city where protesters clashed with neo-Nazis and Ku Klux Klan members. Hours earlier, a car plowed into the protesters and killed a 32-year-old woman.

Cullen was texting with his father earlier in the day as the chaos unfolded.

“He said it was an absolute mess,” Henry Cullen recalled. But his son told him that he had been assigned to work the rally and would do his job.

“Jay was the greatest son a person could ever have, a great father to his two sons, a loving husband to his wife Karen and he was doing something that he loved,” Henry Cullen said.

Bates was recruited by the Virginia State Police from Florida, his father said, where he distinguished himself as a highway patrolman by rescuing a young girl who had been kidnapped.

“He made a lot of arrests,” Robert Bates said of his youngest son. “He was a good trooper.”

He had previously served as part of McAuliffe’s security detail. Bates met his wife, Amanda, in Florida; they were married in Richmond and have twin 11-year-old children, a boy and a girl.

He was an avid hockey player at the University of Tennessee and afterward in the minor leagues. His son had just come back from a hockey camp in Lake Placid, New York.

Bates’ family was planning a trip to Richmond on Sunday for his birthday. Now, they will travel there for his memorial service.