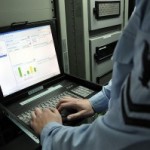 The United States is working to develop “unprecedented” sanctions against Chinese individuals and companies after the U.S. was struck by several cyberattacks believed to have originated in China, the Washington Post reports.

The sanctions are an extension of an April presidential order that established authority to respond to cyberattacks or commercial espionage.

“It sends a signal to Beijing that the administration is going to start fighting back on economic espionage, and it sends a signal to the private sector that we’re on your team,” an official said. “It tells China, enough is enough.” Read more at The Washington Post.