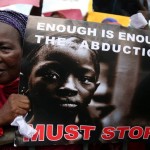 The U.S. military is flying manned missions over Nigeria in hopes of locating the hundreds of schoolgirls who were kidnapped by an Islamist extremist group last month, a senior official tells Fox News.

The official said the manned missions are intelligence and surveillance missions. At a press briefing Monday White House Press Secretary Jay Carney said the U.S. had experts in a variety of areas, including reconnaissance and surveillance, working on the case of the missing girls. However he said he did not have a “catalog” of the specific resources the experts were using.

“They are actively involved in working with the Nigerian government to provide the advice and the expertise that they can provide to assist in that effort,” Carney said.