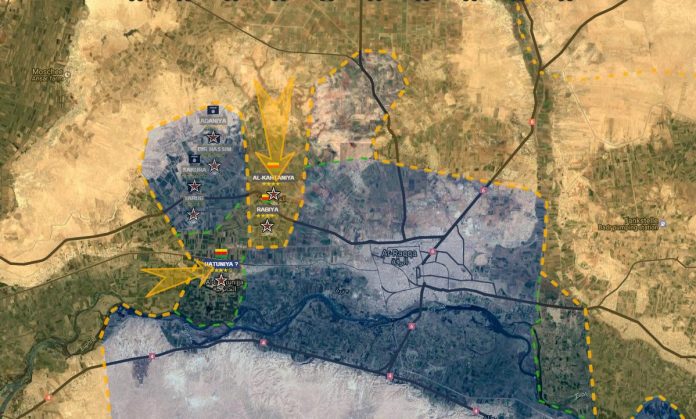 A US-led coalition air strike killed 21 civilians on Monday as they tried to escape the Islamic State group s Syrian bastion of Raqa, the Syrian Observatory for Human Rights said.

“The civilians were boarding small boats on the northern bank of the Euphrates River to flee southern neighbourhoods of Raqa,” said Observatory head Rami Abdel Rahman.

He said women and children were among the dead but he could not immediately give a specific number.

Thousands of civilians have fled the northern city as a seven-month offensive by the Syrian Democratic Forces (SDF), an Arab-Kurdish alliance, closes in. Read more at Dunya News.