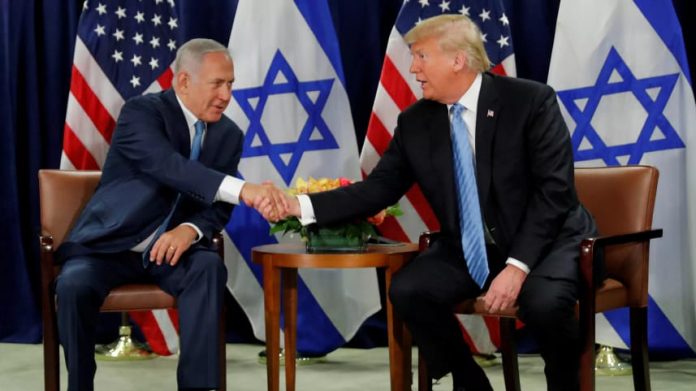 The U.S. Senate passed a $740.5 billion National Defense Authorization Act (NDAA) for 2021 on Thursday that includes the continuation of American assistance to Israel for missile-defense programs and other initiatives.

The Pentagon blueprint for the upcoming year would authorize $3.3 billion in annual U.S. security aid to Israel, including $500 million towards missile-defense systems in Israel, such as the Iron Dome, David’s Sling and Arrow 3, in accordance with the 2016 Memorandum of Understanding, or MOU, between the United States and Israel worth $38 billion over a decade.

The Senate NDAA would authorize $12 million over the next three years for an initiative to enhance partnerships between companies in the United States and Israel to develop innovative medical projects primarily aimed at detecting and treating the coronavirus.

It would also establish a U.S.-Israel Operations Technology Working Group to focus on research and development in key battlefield technology.

Moreover, it would extend authorization for the U.S. War Reserve Stockpile in Israel through fiscal year 2025 and authorize an additional $200 million annually in stocks.

There are no conditions in either NDAA on U.S. military assistance to Israel, despite a number of Democrats and organizations that have called for conditioning U.S. assistance to the Jewish state in response to its plans to apply sovereignty to parts of the West Bank, also known as Judea and Samaria.

Differences exist between the Senate NDAA and that of the U.S. House of Representatives, which passed on Tuesday by a vote of 295-125.

The Senate NDAA would allow the U.S. Air Force to keep six F-35 fighter jets that were slated to be sent to Turkey, but canceled after Ankara instead acquired the Russian S-400 missile system last year. As a result, the United States booted Turkey last year from the F-35 program.

The House version simply requires the secretary of defense to submit documentation regarding how contractors in the F-35 program will be economically affected and be able to fulfill their production requirements in the aircraft program due to Turkey’s ejection from it.

The House NDAA also includes the United States-Israel PTSD Collaborative Research Act, which would establish a grant program to facilitate research between entities in the United States and Israel to aid the diagnoses and treatment of post-traumatic stress disorder, or PTSD.

Whereas the House version simply expresses support for continuing the U.S. presence in the MFO, the Senate version would require the U.S. secretary of defense to inform Congress 30 days prior to reducing the number of U.S. Armed Forces deployed to the MFO to fewer than 430 members. This comes amid recent reports that the Pentagon is seeking to reduce some of its members from the peacekeeping force.

In order for the NDAA to go to U.S. President Donald Trump’s desk, both chambers must pass an identical version. Differences are likely to be ironed out through the conference committee process. An appropriations bill will be needed to fund it.

Trump has threatened to veto any NDAA that requires the Pentagon to rename U.S. bases named after Confederate generals. Both NDAAs have such a requirement.