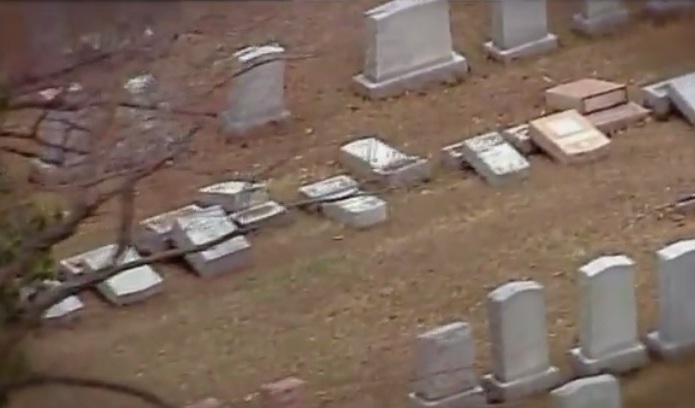 Investigators with the University City Police Department in St. Louis are working to determine who knocked over or damaged dozens of headstones at a local Jewish cemetery, Fox Now reports.

Police would not say if they considered the vandalism at Chesed Shel Emeth Cemetery to be a hate crime. It is believed there was some organization behind the crime, meaning this was not the act of one individual. The tombstones vandalized are in an older section of the cemetery.

“These are holocaust survivors that are in here they shouldn’t have to endure anymore trauma let them be settled,” said Robin Rickerman whose elders including great aunts and uncles are buried at the gravesite.