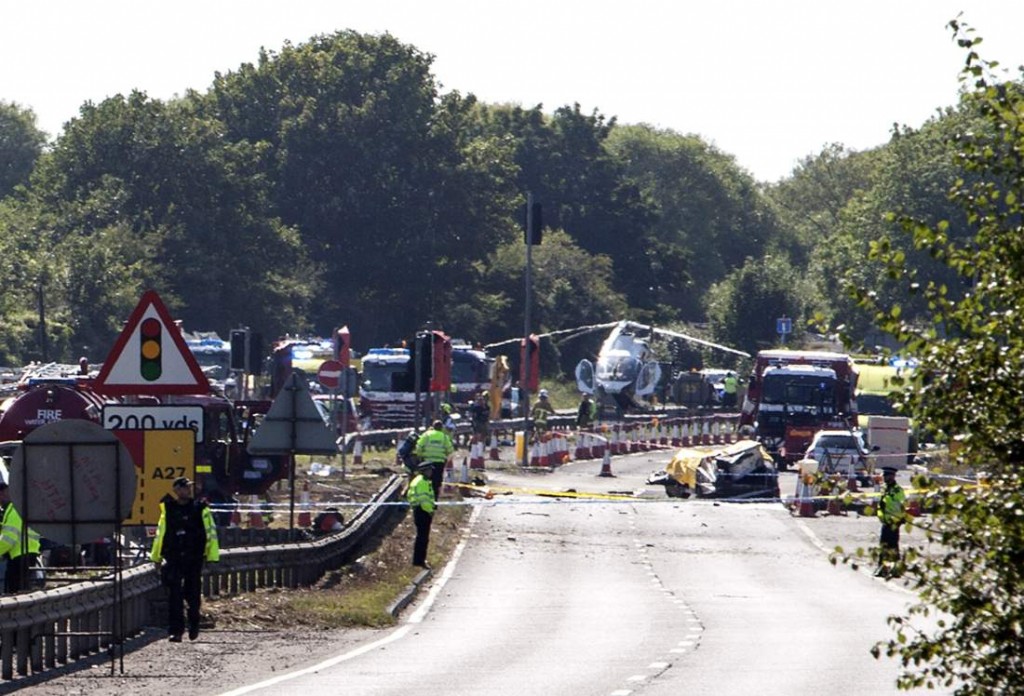 [Video below.] A single-seater jet crashed at an airshow in England on Shabbos, killing seven and injuring more than a dozen others, according to police.

The aircraft, believed to be a Hawker Hunter fighter jet, crashed into several cars on a highway outside the Shoreham Airshow near Brighton.

A witness told BBC News that the pilot had “gone up into a loop and as he was coming out of the loop I just thought, ‘You’re too low, you’re too low, pull up. And he flew straight into the ground either on or very close to the A27, which runs past the airport.”