Shlomo is considered by many to be the foremost frum songwriter in the second half of the 20th century. In a career that spanned 40 years, he recorded more than 25 albums that continue to have wide popularity and appeal. His influence also continues to this day in so-called “Carlebach minyanim” located in many cities around the globe.

Shlomo was descended from one of the oldest rabbinical dynasties in pre-Holocaust Germany. He was born in Berlin, where his father, Rabbi Hartwig Naftali Carlebach (1889-1967), was a rov. The family left Germany in 1931 and lived in Baden bei Wien, Austria, and by 1933 in Switzerland. Shlomo emigrated to Lithuania in 1938. In 1938, his father became rov of Congregation Kehilath Jacob, a small shul on West 79th Street in New York City’s Upper West Side. Shlomo came to New York in 1939 via Great Britain. He and his twin brother Eli Chaim took over the rabbinate of the shul after their father’s death in 1967. 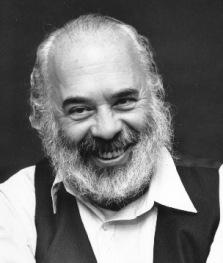 Shlomo studied at Yeshiva Torah Vodaas and Yeshiva Rabbeinu Chaim Berlin in Brooklyn, New York, and Beth Medrash Govoha in Lakewood, New Jersey. His aptitude for Torah study was recognized by talmidei chachomim, among them Rav Shlomo Heiman and Rav Aharon Kotler. He was considered one of the top talmidim of Rav Kotler. Rav Yitzchok Hutner, who gave Carlebach his semichah, considered it a loss to the Torah world that he chose a career in musical Jewish outreach over one as a talmid chochom and rebbi. In addition, Carlebach’s approach towards kiruv was often tinged with controversy. While his music has always remained popular, his hashkafos have been questioned by many people.

In 1972, he married Elaine Neila Glick, a teacher. They had two daughters, Nedara (Dari) and Neshama.

Carlebach began writing songs at the end of the 1950s, primarily based on verses from Tanach set to his own music. Although he composed thousands of songs, he couldn’t read musical notes. Many of his niggunim became standards in the wider Jewish community.

Carlebach died of a heart attack on a flight to Canada. His body was then flown to Israel for burial on Har Hamenuchos.