Las Vegas police said they were responding to a demonstration outside the Circus Circus Hotel and Casino late Monday when the shot ran out. An officer was struggling with a protester when someone walked up and shot the officer in the back of the head, a spokesman said.

That same night, police confronted an armed man near a federal building that they were guarding amid the unrest, and an officer opened fire when he reached for a gun, according to Joseph Lombardo, the Las Vegas sheriff. The man was killed, while the officer wounded outside the hotel was on life support Tuesday.

“With these protests, which are leading to riots, one tragedy is only leading to another,” Lombardo said, linking both shootings to the demonstrations against how police use force that have gripped the country.

Police nationwide say they are facing increasing threats amid the unrest that has spread since George Floyd’s death in Minneapolis last week. Officers have been shot and injured in St. Louis, struck by cars in New York City and Buffalo and targeted with rocks and fireworks in Seattle, according to police.

Officers also are facing criticism for using force against demonstrators protesting how police use force, including wielding tear gas and rubber bullets against bystanders, journalists and some peaceful demonstrators.

Experts and civil rights advocates say they fear this dynamic could further inflame tensions and lead to an even harsher crackdown as police and protesters face off, particularly in the wake of President Donald Trump’s calls for authorities to “dominate the streets” and respond more fiercely.

“It’s going to escalate to somewhere we have never been before,” said Joe Ested, a former police officer in Richmond, Virginia, who runs a group called Police Brutality Matters. “Because Trump is adding fuel to the fire. . . . He should be healing. And then you would see a different tone with police officers.”

While many demonstrations nationwide have been peaceful, responses from government officials have increasingly focused on the factions setting fires, looting and destroying property. Police officials and authorities have struggled to respond, deploying an ungainly mix of responses that includes voicing support for peaceful protesters, denouncing violent actors, backing their officers and punishing misconduct within their own forces.

In some cases, officers have been cheered for marching and kneeling with protesters. In others, they have been denounced for using brute force against protesters seemingly unprovoked. But the potential for more violence is worrisome observers said.

“The longer this goes on, you are going to see both sides escalating,” said Ested. “No one is talking about solutions. Police are going out there thinking, we are getting hurt; let’s fight back.”

Departments have imposed some punishment on their own ranks, including in Atlanta, where two officers were fired and six face criminal charges over video footage of them pulling young people from a car and the Richmond officers facing discipline for gassing peaceful protesters.

But in other cases, police officials have struggled with their actions and words. In Los Angeles – where the police department has pledged to investigate a car filmed striking demonstrators – the police chief caused an outcry by saying people looting were just as responsible for Floyd’s death as officers, a statement he withdrew hours later.

“I recognize that my initial words were terribly offensive,” Moore posted on Twitter. “Looting is wrong, but it is not the equivalent of murder and I did not mean to equate the two.”

Authorities say that, like in Las Vegas, they have also faced potentially serious danger during the demonstrations.

In St. Louis, where police officials say officers were hit with rocks, four officers were shot during the unrest there, although it was unclear if it was connected to the demonstration. John Hayden, the police chief, said he “believed some coward randomly shot at the police line.”

Two officers were shot in the leg, one was shot in the arm and another in the foot, according to Hayden. “It’s an extraordinarily difficult time for officers – for their physical safety and the conditions under which they’re being forced to work,” said Bill Johnson, executive director and general counsel for the National Association of Police Organizations. “The attacks are quite literally becoming murderous.”

A sedan sped through an intersection in the Bronx early Tuesday, hitting and injuring an officer who was taken to a hospital in serious condition, they said. In a separate incident late Monday, a video shared online showed people apparently attacking an officer before fleeing.

Last week, a woman tossed a molotov cocktail into an occupied police vehicle, and others have been charged in similar attacks, while other police officials have been struck with bricks.

New York officials have also faced criticism for how their own officers have used force. A widely circulated video clip captured New York police cars hitting people in crowds over the weekend. The police department opened an investigation and Dermot Shea, the commissioner, said he was “troubled” by video footage of police cars driving into protesters.

Shea also said during a separate appearance that his officers were facing danger doing their jobs.

“The police officers are out there,” Shea said Tuesday. “They are affecting arrests. They are putting themselves in harm’s way. They are being attacked.”

Officers have been targeted in the past by people angry at law enforcement or the government. In 2014, two police officers and a shopper were killed by a husband-and-wife pair police later said had white-supremacist, anti-government views.

That same year, weeks after a grand jury declined to indict an officer filmed with his arm around Eric Garner’s death, a gunman traveled to New York and ambushed and killed two officers. Two years later, amid widespread protests fueled by police shootings, gunmen targeted and killed five police officers in Dallas and then three more in Baton Rouge, Louisiana.

Overall, though, line-of-duty deaths have been falling for decades, said Lisa Dario, an assistant professor of criminology and criminal justice at Florida Atlantic University, who studied line of duty deaths between 1970 and 2016.

“We found that policing has become remarkably safer for police officers,” she said, citing better health care and superior equipment, including body armor, as two of the possible reasons for that.

The recent attacks on police and shows of force by officers have unnerved some now protesting as well. Cori Bush, a registered nurse who became a leader of the protests in Ferguson, Missouri, after an officer shot a black teenager there, said “things will get much worse before they get better.”

Bush said she expects police to be emboldened by Trump’s calls to crush unrest.

“I worry tonight, the police will be taking action even harder,” she said. 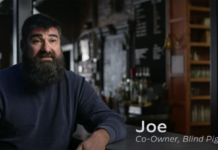