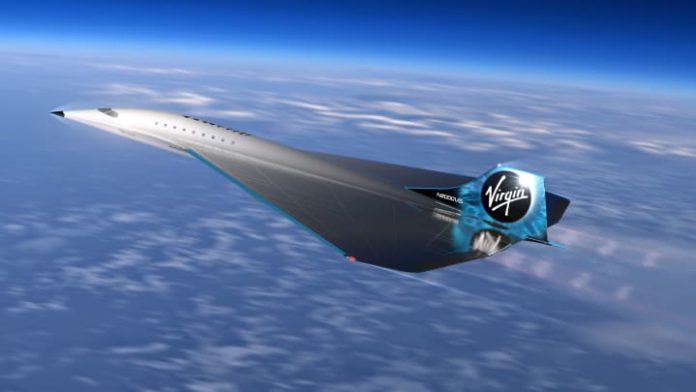 Space tourism venture Virgin Galactic announced it signed an agreement with Rolls-Royce to develop an aircraft for supersonic travel, giving a first look on Monday of the coming vehicle’s design.

Supersonic travel is a long-term bet for Virgin Galactic, which has been developing reusable spacecraft capable of sending people on short trips to the edge of space for more than a decade.

Virgin Galactic said it completed a mission concept review alongside NASA of its supersonic vehicle design and now will work with the Federal Aviation Administration to create a framework for certifying the aircraft for flight. Previously Boeing’s venture arm invested $20 million in Virgin Galactic, specifically toward helping the company build a supersonic aircraft.