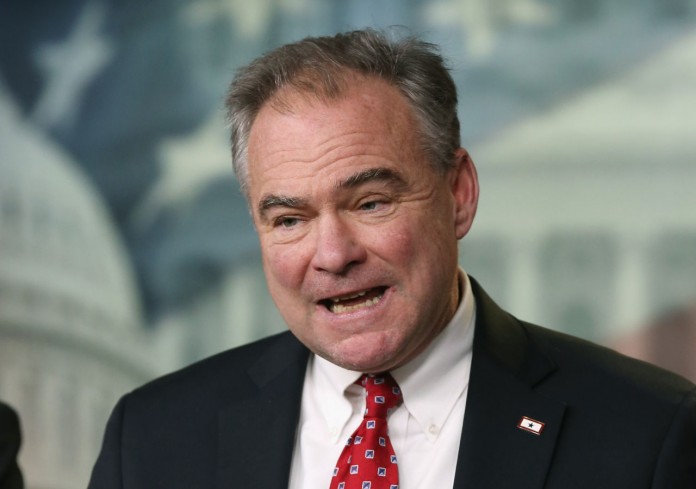 When you pick a self-described “boring” guy to be your vice president, don’t expect the voters to get overly excited about him either.

Now, in part because we live in increasingly partisan times, Democrats give Kaine a higher rating than the rest of the voting public. Sixty-two percent of registered Democrats say Kaine is an “excellent/pretty good” pick.

But that doesn’t mean they’re excited about him: Less than 29 percent of Democrats rated him as an excellent pick.

Interesting side note here: One concern among Clinton supporters was that Kaine would repel members of her liberal base. He’s more moderate on abortion, trade and banking than Bernie Sanders supporters. This Gallup poll finds Clinton has no reason to worry: just 3 percent of Democratic registered voters currently consider Kaine a poor choice.

One potential reason for Kaine’s lackluster polling: More than six in 10 Democrats haven’t heard of him or don’t know enough about him to make a decision.

So he’s not well known nor is he particularly well liked or strongly disliked. Kaine seems to be more of a blank slate, or background noise, than an immediate assets to Clinton’s campaign.

Kaine will try to define himself Wednesday when he addresses the Democratic convention in prime time. When his peer, Indiana Republican Gov. Mike Pence addressed Republicans the week before, he joked that not many in the convention hall even knew who he was.

As a result, both are hoping to frame the election as a referendum on the other’s ineptitudes. It’s going to be a loud, messy and dirty election at the top of the ticket, so why not have someone quiet, bland and, yes, boring to balance that out?

Of course, maybe we’re spending much ado about nothing analyzing how voters feel about their party’s vice presidential picks: A Washington Post-ABC News poll out last week found the vast majority of voters say that whoever the candidates pick for a running mate won’t play a big role in their decision at all.