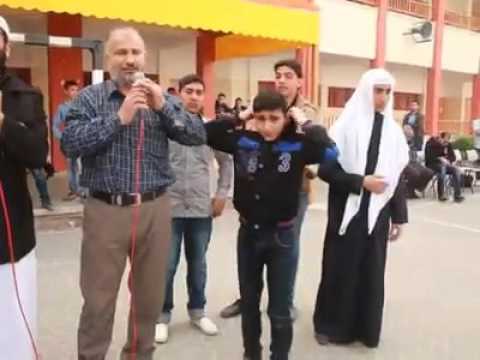 A video leaked to Palestinian social media shows hysterical children in the company of exorcising preachers belonging to the Hamas-controlled Wakf (Islamic trust) Ministry in Gaza who cast out “demons” that might have wormed their way into the children’s souls. This humiliating and invasive rite is being practiced at the Al-Nil School in Gaza City.

These are the children who are later recruited as “warriors” in the jihad (holy war) against Israel and the “infidels.”

The video captures the march of Palestinian society towards endorsing the tactics and ideology of radical Islam and groups such as ISIS and al-Qaeda.