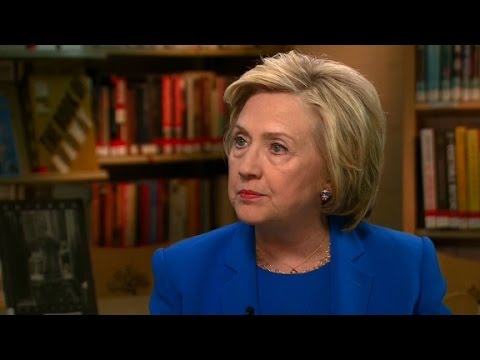 Hillary Clinton says Donald Trump is not qualified to be president based on his past comments.

Clinton’s jab was made during an interview this afternoon when she was asked by CNN’s Chris Cuomo if Trump is “qualified” to be president of the United States. Clinton said, “No, I do not.”

“I know how hard this job is. And I know that we need steadiness as well as strength and smarts in it,” Clinton added. “And I have concluded he’s not qualified to be president of the United States.”