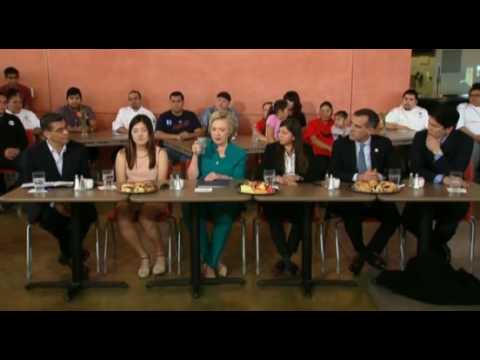 Hillary Clinton had another coughing fit today — when she wasn’t even talking, reports the American Mirror. Clinton was attending an event on immigration reform in Sylmar, California when it broke out.

A video of the incident shows Clinton began coughing as a guest was speaking, then took a very large drink of water before coughing repeatedly.

Clinton has experienced frequent cough attacks on the campaign trail this election. One of the worst instances occurred in January, when her coughing interrupted her speech. WATCH: